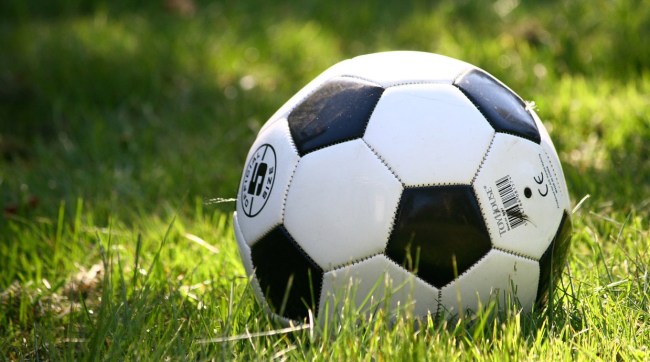 On November 2nd, German magazine Der Spiegel leaked documents (internal emails, confidential presentations) indicating 7 elite European football clubs (Real Madrid, Barcelona, Bayern Munich, Juventus, AC Milan, Manchester United and Arsenal) considered leaving their respective domestic leagues, to form a “Super League” back, in 2016. The bombshell report has reignited speculation that select clubs could “break away” with Europe’s top teams wealthier and more dominant on the field than ever before; the league would showcase 16 teams and start in ’21. FIFA and +/-6 European domestic soccer federations would be in opposition (see: lengthy lawsuit), believing the league’s formation would effectively put an end to domestic soccer, but European football has a history of clubs “breaking away”; the Premier League was formed in ’92, when the most successful English clubs sought to “maximize television revenues and retain a larger share” and opted to split from the old Football League First Division.

Howie Long-Short: Rumors of a “Super League” forming are not new, so the talk should be met with more than a little skepticism.

The UEFA strategy council met with players’ union officials and European league representatives on Wednesday. Each denied their knowledge of the proposed plan, saying it was the brainchild of “one and a half” clubs (Real Madrid and Bayern Munich). Real Madrid did not send a representative to the meeting.

If Europe’s elite clubs are to “break away”, it would be in pursuit of a financial windfall (see: broadcast dollars), while eliminating the threat of relegation (for 20 years). The 11 elite clubs “breaking away” would receive ownership in the new league, while 5 others would be invited to participate.

FIFA is already on record opposing the formation of a “Super League” and threatening to ban any player who were to participate from future World Cup competition. Their decision matters as the international governing body for the sport, but they’re not exactly impartial arbiters on this topic; back in March, FIFA proposed plans for a revamped “Club World Cup” that would debut in ’21 and include at least 12 European clubs. The quadrennial tournament (currently annual) would increase the number of participants from 7 to 24, with the teams splitting $2 billion in prize money. UEFA, which perceives an expanded “Club World Cup” as a threat to its Champions League strongly opposes the FIFA’s plan. Softbank (SFTBY) was named among the consortium of investors (includes: UAE, Saudi Arabia) that would fund the tournament.

Fan Marino: On a final note on FIFA, President Gianni Infantino said that it’s possible the World Cup would expand to 48 teams in ’22 (previously planned ’26); the decision would be contingent upon another Middle Eastern country’s willingness to share hosting responsibilities with Qatar.

Super Soccer Stars is America’s most popular grassroots national youth soccer program with a presence in 24 cities, across 13 different states; combined they reach 150,000 children between the ages of 12 months and 8 years. Armed with a new CEO and a “large private capital raise”, the for-profit company ambitiously seeks to reach 1 million kids within 5 years. JohnWallStreet sat down with Super Soccer Stars new CEO Adam Geisler to discuss the ideal age for kids to begin “deliberate practice” (i.e. formal instruction), the lessons he learned at Authentic Brands Group that he’ll bring to Soccer Super Stars and why private equity firms is investing money in youth sports.

JWS: Explain the difference between “deliberate play” and “deliberate practice”? At what age is it appropriate for kids to begin formal training/instruction?

Adam: Our focus is on owning what we’re calling “deliberate play”. We want kids to have fun and enjoy the sport while learning the fundamentals, versus the flip side which is deliberate practice. We believe that the decision point for privatization should occur at 8 years old, but today with parents so focused on driving their kids’ success, we’re seeing “deliberate practice” happen as young as 5; which is what’s causing the decrease in youth sports participation.

JWS: You spent time at Authentic Brands Group, a company that buys distressed brands and revitalizes them. You’re taking over a sport with participation flat or in decline (depending on who you ask). What lessons (i.e. what worked) did you learn at ABG that will be transferrable to a youth sports organization?

Adam: Jamie Salter (CEO at Authentic Brands Group) realized that the future of retail and brands was changing and that it’s necessary to become a “platform business”; that’s no different than what we’re doing here. We have a customer base today of 150,000 kids and our goal is to reach 1 million kids within 5 years; so, we’re not going to just offer soccer. We’re going to introduce other sports to reach that goal and we’ll have scalability and efficiency across the platform.

It’s no different than when Authentic Brands Group bought Nautica. Running Nautica as a single operational company was not efficient for VF Corp. (the prior owners), but ABG’s strategy was if we found the best company to make apparel, the best company to make footwear and the best company to make underwear, then we could scale the business with best-in-class partners and have real efficiency to revitalize the brand. We have a beachhead of soccer and we’ll add best in class brands for some of these other sports (see: lacrosse, basketball). I think our playbooks are very similar.

JWS: Your hiring was announced along with a “large private capital raise.” Why do P.E. firms want to be in the youth sports space?

Adam: They see the same vision that we see in terms of building this new sports platform, professionalizing it with technology, service and a content platform; because, we are a content company. We’ve developed the best content for 2-8 soccer in the entire country. We built it in one of the most challenging markets in the U.S. (New York City). We’ve honed it, developed it, grown it; so, the opportunity is to bring that content to as many people as possible, throughout the country.

Howie Long-Short: Did you know? The privatization of youth sports has created a $15.5 billion industry, one that is expected to grow to $41.2 billion by 2023; expect a rise in travel participation and an increased dependence on software (think: league registration, travel arrangements, game venues etc.) to improve management efficiencies, over the next 5 years.

Fan Marino: While highly unlikely to impact kids in the Super Soccer Stars program, soccer players are at risk for head injuries as they mature (because heading becomes a bigger part of the game) and a recent study indicated that women are more susceptible to the injuries than men are. The Einstein Soccer Study at the Albert Einstein College of Medicine determined that “women who headed the ball a similar number of times to men (ages 18-50) in a 12-month period exhibited 5x more extensive brain tissue damage than men”; equally concerning, damage was found in 8 brain regions within women as opposed to just 3 within men.