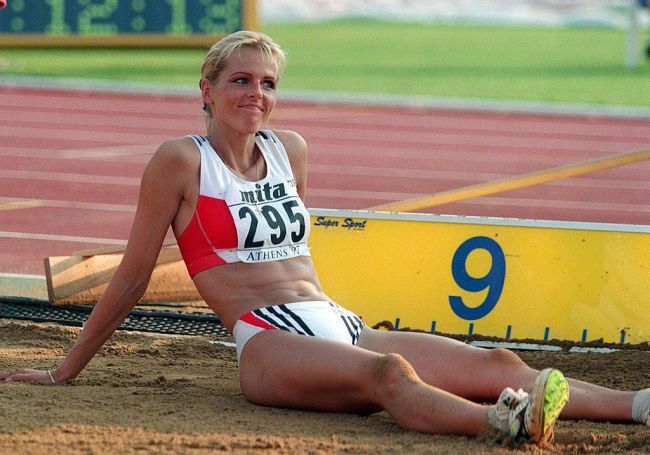 Remember when we deluded ourselves into believing that the Tokyo Olympic administrators went through the hassle to install anti-sex beds when their entire Olympic Committee was tied up in a Cancel Storm? Good times.

The truth is we need to stoke the fire of this Olympic Sex narrative because it’s hot to imagine our species’ peak offerings slapping skins while the rest of us required a mid-sex inhaler break.

We as a global community to be accepting all coals to this fertile flame, and I’m happy to add Susen Tiedtke’s recollection as kindling.

The German long jumper, who performed in the ’92 Olympic Games in Barcelona and the 2000 Games in Sydney and graced the pages of Playboy in 2004, recently told Bild that the idea Tokyo administrators would even attempt to block sex in Olympic Village is cartoonish because sex is going to happen. In abundance.

“[The sex ban] is a big laughingstock for me, it doesn’t work at all,” she said, claiming “sex is always an issue in the village.”

“The athletes are at their physical peak at the Olympics. When the competition is over, they want to release their energy,” Tiedtke explained.

Susen herself has used the sex-charged Olympic Games to charm her first husband, a two-time Bronze medalist long jumper, who she met at the ’92 Olympics. The two were married for five years and lived in Ohio before splitting. 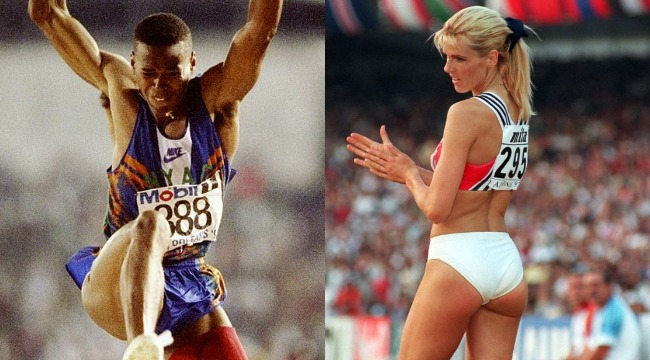 Tiedtke, now reportedly married to German tennis player Hendrik Dreekmann, revealed that while sex is not popular before competing, things popped off when the competitions begin to wrap up.

“After the competition, however, roommates were considerate if you needed the room for yourself …”

Tiedtke admitted, “You always heard the ‘party’ of the others, sometimes you could hardly sleep.”

“There is one party after another, then alcohol comes into play. It happens that people have sex and there are enough people who strive for that.”

Japanese organizers ordered 160,000 condoms to be handed out to athletes in the Olympic Village. That’s a good start.