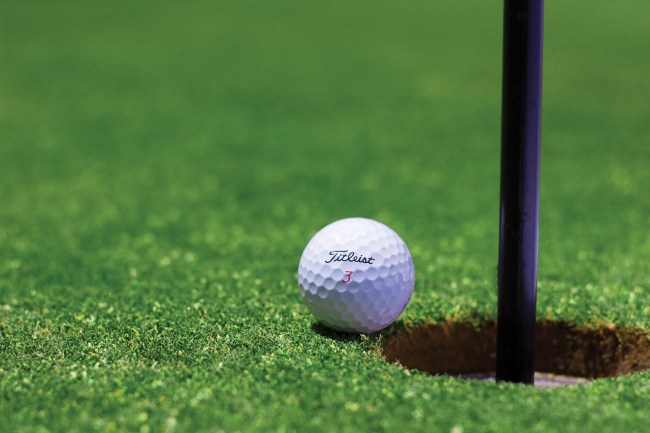 Capital One’s The Match: Eldrick Woods v. Phil Mickelson will take place on Friday (11.23) at 3p EST. While the two will compete for $9 million, the showdown between “Tiger” and “Lefty” is as much a production-technology showcase as it is a golf match. Turner Sports plans to introduce “first-of-its-kind integrations centered on predictive data”, camera angles delivered by drone and live betting odds during a marquee sporting event for the first time (for U.S. viewers); TopTracer shot tracking (shows real-time trajectory, flight path) and Virtual Eye real-time animations will also be used during the broadcast. The PPV golf event is being sold for $19.99.

The predictive data viewers will see (think: shot probability) is being generated from an algorithm combining ShotLink Intelligence (i.e. archive with insight/analysis of every shot hit during tour play) with the unique characteristics of the course being played (Shadow Creek, Las Vegas).

You may recall the name TopTracer, as we wrote on the company’s decision to license its technology to traditional driving ranges; software that enables golfers to play virtual versions of the world’s premier golf courses, from the convenience of their neighborhood range. Topgolf Entertainment owns TopTracer, having acquired the company back in 2016 when it was still known as Protracer.

After each hole, MGM Resorts Race & Sports Books (in partnership with GVC Interactive Gaming) will update their proprietary feed to the live PPV broadcast with real-time odds and money lines. While in-game betting is going to be huge as sports betting becomes more widespread, don’t expect this event to move the needle for MGM (or any other sportsbook); only those located in NJ and NV will have the ability to act on the real-time odds displayed during the broadcast within the company’s mobile app. It’s worth noting that Shadow Creek Golf Course is an MGM Resorts International property.

Turner Sports (T) elected to forego traditional commercial spots during the PPV event to provide the audience (not accustomed to buying golf) with an optimal viewing experience, so just 3 premium brands will be marketed to viewers during the event; Capital One (title sponsor), AT&T (official wireless and data services partner) and Audi (official automotive sponsor) are all sponsoring integrations (think: drone coverage, 4K option) supposedly additive to the broadcast.

Fan Marino: Speaking of Topgolf, the company is expanding aggressively; looking to reach 50 markets by the end of 2018 as it prepares for a 2019 IPO. Executive chair Erik Anderson explained the company is “a candidate to go public for sure” because “like Starbucks, people connect with us.” Sure, Topgolf is popular, but like Starbucks? Who makes Topgolf a part of their everyday routine? Topgolf isn’t public, but Callaway Golf (ELY) owns +/-14% of the company.

Topgolf competitor Drive Shack is also making headlines, having announced NYC’s first golf entertainment complex is coming to Randall’s Island Park in 2020. The company currently has just a single location (Orlando), but 6 others are under construction. Unlike the market leader (Topgolf), Drive Shack is publicly traded on the NYSE under the symbol DS; shares are down -21% since the company reported a Q3 loss (-$15 million), while missing revenue estimates by +/- $1 million ($87 million), 2 weeks ago.