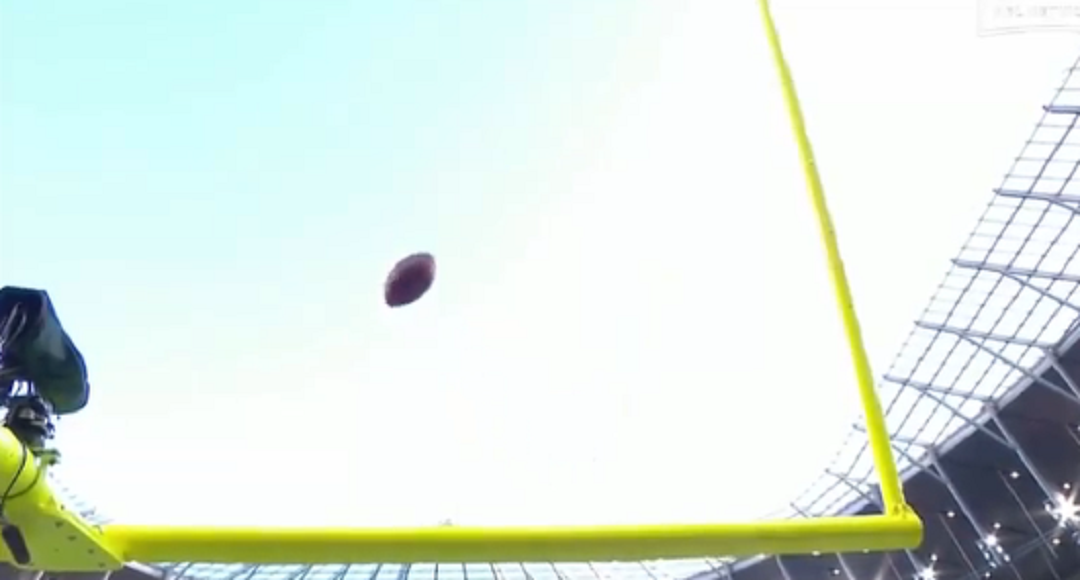 The Saints lost their game against the Vikings in the UK in ridiculous fashion.

On Sunday, Saints kicker Will Lutz attempted a game-tying field from 61 yards with no time remaining on the clock.

Lutz’s kick came up a bit short, hit the upright and the crossbar without going through the goal.

#Saints K Wil Lutz hit a 60-yard FG to tie the game earlier in the quarter. He had a chance to tie it again from 61 yards out.

The replayof Lutz’s miss is wild.

NFL fans were immediately reminded about the Bears’ “double doink” from the 2019 playoffs.

Last time the Eagles and Bears played, "Double Doink" happened, and Philly advanced to the Divisional Round.