Tom Brady And Gisele Bundchen Are Selling Their Massive Brookline Home For $39.5 Million – Take A Look Inside 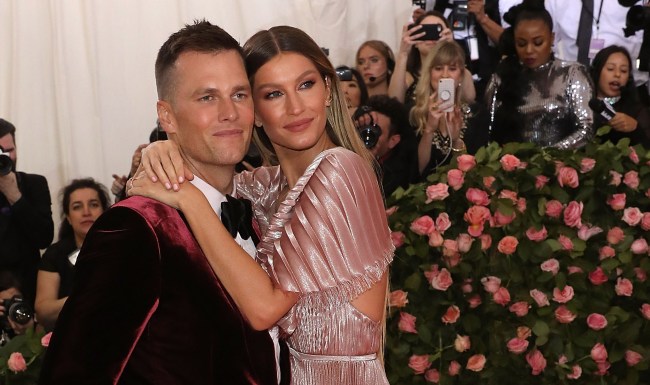 There seem to be two distinct types of homes that celebrities own, based on the plethora of them we’ve taken a look at over the years. They’re all super expensive, but they either tend to be what I would consider to be a really good deal, considering what you get for your money, or they are so freaking big that it makes me wonder… why?

The home that Tom Brady and his wife Gisele Bundchen are selling in Brookline, Massachusetts, according to NBC Sports, falls into the latter of those categories.

The home is huge – 9,716-square-feet – but it is definitely not what I would call a good deal – $39.5 million. I’d much rather live in the homes Adrian Peterson, Robert Griffin III, and Jeff Kent had on the market, especially for the price.

According to the home’s listing on Realtor.com, the house, built in 2015, sits on 5.24 acres adjacent to the 9th hole of the Brookline Country Club, and comes with a dining room, living room, home office, eat-in and chef’s kitchen and a family room on the main level.

The property also has a 2,400-square-foot barn-inspired guest house with a yoga studio, full bath, and sleeping loft.

The next available tour is today at 3:30pm: https://t.co/tu7JcM3ZGr pic.twitter.com/aDFKPyLC0a

The house next door, owned by Reebok founder Paul Fireman, is also for sale and has been marked down from its original asking price of $90 million to just $31 million today. (Over 65 percent off!)

Brady and Gisele will reportedly keep their 5,000-square-foot apartment in Tribeca in the same building where Taylor Swift, Bradley Cooper, Jennifer Lawrence, and Brady’s ex Bridget Moynahan have lived.

The couple sold their ridiculous 14,000-square-foot mansion in Los Angeles to Dr. Dre for $40 million.