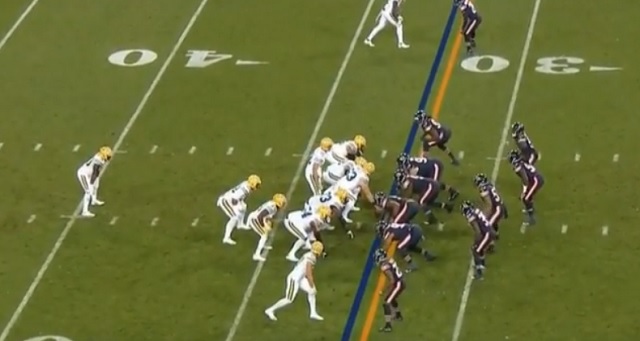 During Thursday night’s game between the Bears and Packers, not only did Romo predict a bootleg play on a Packers 4th and 1, he also called out the Packers blocking scheme.

Romo is just too good at this.