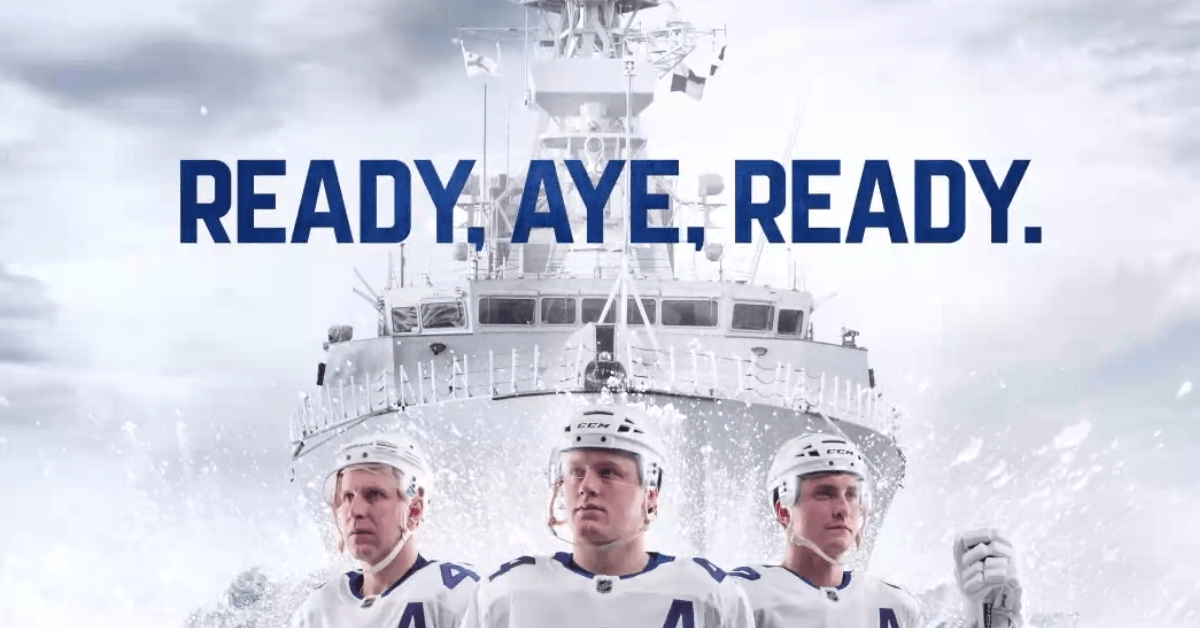 Next month, the Washington Capitals will host the Toronto Maple Leafs at Navy-Marine Corps Memorial Stadium in Annapolis, MD. Like every other outdoor NHL game, each team will wear special edition jerseys for the occasion.

This time, the Leafs have opted to “designed to honour both the traditions of the Royal Canadian Navy and the Toronto Maple Leaf Hockey Club.” The result, are some pretty sick jerseys along with a full white-out style uniform.

For the first time ever, the Leafs will wear the traditional home white leaf on the white away jersey. Additionally, Toronto will wear white helmets, socks, gloves, and pants.

The sweater has signs of its inspirations (the Royal Canadian Navy and club history) in every detail:

Take a closer look at the references in the details:

If I’m a Leafs fan, I’m ordering one of these as soon as humanly possible… which you can do right now, starting at just $139.99.

Also, after looking at these uniforms… don’t they look a little familiar? I guess I wasn’t the only one to think I’d seen these before: