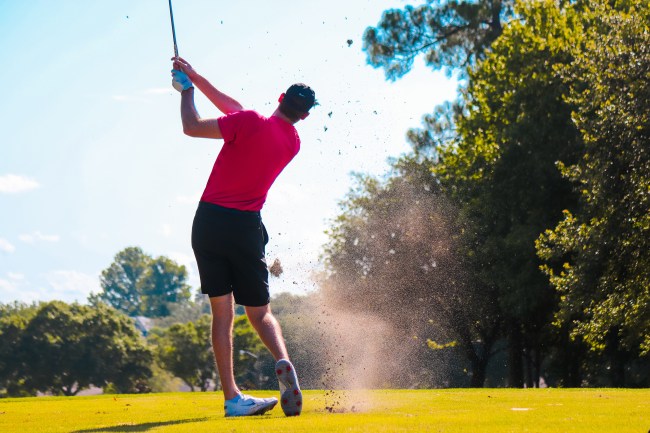 While the news of Nick Watney becoming the first PGA Tour member to test positive for the coronavirus dominated the headlines at the RBC Heritage, it was another incredibly entertaining tournament in what was the Tour’s second event back following a three-month pause.

Webb Simpson fired a seven-under 64 on Sunday for his second win of 2020 which consists of only five starts. With the win, Simpson is now the No. 5 ranked player in the world.

As for this week, the Tour heads north to Connecticut for the Travelers Championship with each of the Top 5 players in the world teeing it up this week. World No. 1 Rory McIlroy leads the field yet again alongside the likes of Brooks Koepka, Bryson DeChambeau, Justin Thomas, Jon Rahm, and other big-time names.

BET ON THE TRAVELERS at BetMGM

TPC River Highlands is a short, Par 70 course that awards great ball-striking. Tipping out at less than 6,900 yards it is one of the shortest courses these guys will see all year. Those that are aggressive off the tee can benefit immensely, but hitting driver off of every tee and finding the short grass isn’t necessarily a prerequisite.

The Poa annua putting surfaces we’ll see this week are larger than those we see in Hilton Head last week. With that, expect scrambling to be slightly less important in comparison to putting. Strokes gained: approach and birdie average are important stats to look at heading into Connecticut.

I’ve stayed away from picking DeChambeau, but I’ve waited long enough and this week feels like the week he steps into the winner’s circle for the first time since November of 2018.

The new-look DeChambeau has been exceptional over the past two weeks going T-3, T-8 with six rounds of 67 or better. While it’s his length off the tee that’s catching everyone’s attention, he also ranks 13th on Tour in greens in regulation, ninth in birdie average and 30th in strokes gained: approach.

Garcia flew under the radar last week with a T-5 finish while leading the field in both total birdies and strokes gained: tee to green while finishing second in the field in strokes gained: approach. It’s clear that the Spaniard is golfing his ball at a high level and that should translate well at a ball-strikers paradise this week; ride the hot hand when said hot hand is Sergio’s.

This will be Cantaly’s first start since the three-month hiatus therefore it’s tough to take him as a favorite based on that fact alone. He’s played well here with back-to-back T-15 finishes and posted a 60 at this track back in 2011, but it could take him a start or two to get back into the thick of things.

The putter was a glaring problem before the break. Maybe he found something with the flat stick over the break, but we’ll need to see it to believe it.

BET ON THE TRAVELERS at BetMGM