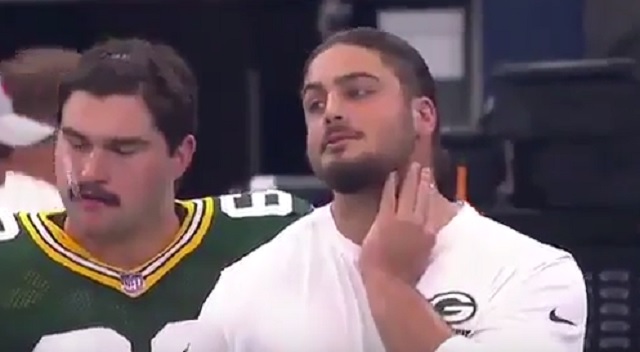 Troy Aikman is no Tony Romo in the broadcast booth. During today’s Cowboys-Packers Aikman blasted Packers offensive lineman David Bakhtiara, who was on the sideline in street clothes. Aikman’s reaction when he realized his mistake is priceless.

Troy Aikman rambling about David Bakhtiari giving up that sack as Bakhtiari stands on the sideline in street clothes is peak Aikman.