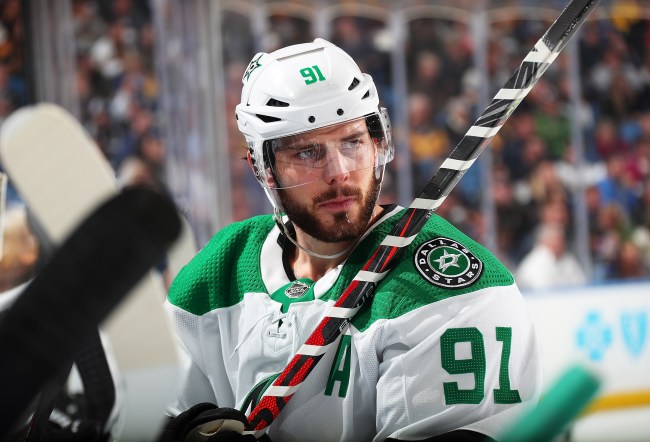 It’s a near miracle no fatalities were reported in Dallas after a tornado first touched down near Dallas Love Field Airport and then headed northwest tearing homes and businesses apart in its wake and leaving 150,000 without power as of Monday morning.

Whoa… Insane view of Dallas tornado, that moved through moments ago. pic.twitter.com/Uzmzy2JGBA

The home of Dallas Stars forward Tyler Seguin was ravaged by the twister, which made the $2 million mansion look like an apocalyptic haunted house.

The 27-year-old Stanley Cup announced on Twitter that while he still owned the four-bedroom, five-and-a-half bath home, it was up for sale, and he had already moved to another residence.

According to the Zillow.com listing, the home has a “backyard paradise complete with resort style pool, 16 seat hot tub, custom putting green, large yard and bar.” It’s unclear how much of that was destroyed.

Thanks to everyone reaching out about the news tonight, I am safe. Luckily this is my house for sale and I have moved into a new one. I just left the area and it is an extremely sad sight to see. Prayers to everyone affected by the tornado. https://t.co/wT6XlUBi8N

Seguin’s home is far from the only property damaged in the area. The Dallas Fire Station #41 was all but reduced to rubble.

The Home Depot looks like it will need to use its own supplies to build itself back up.

The roads are not safe.

To speed out of state resources to aid @oncor with debris removal and power line repair, I am declaring a disaster and signing a disaster declaration this morning. The situation has not worsened. This is to facilitate resource deployment. Please stay away from affected areas.

Stay safe out there, Dallas.