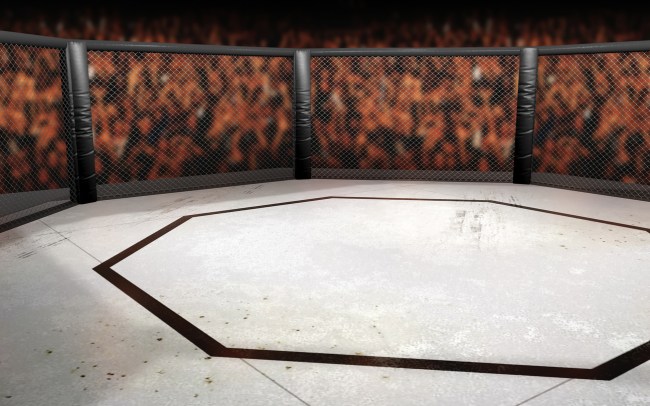 The UFC has announced it will move this weekend’s card (UFC 232) from Las Vegas to Los Angeles (The Forum) after the Nevada State Athletic Commission (NSAC) decided that it would not issue headliner Jon “Bones” Jones a license to fight in the state. A December 9th drug test revealed that Jones had trace amounts of the steroid turinabol in his system and the committee felt it lacked the time required (before Saturday) to investigate if the results were tied to Bones’ 2017 ban (15 mo.) for the same substance; a distinction that would have allowed for Jones to fight in the state. The decision to move the show (which was never communicated to the fighters) was made on December 23rd, just 6 days before the event, leaving both fans and fighters scrambling to alter plans.

Howie Long-Short: Dana White was quoted saying “you know I’m not afraid to cancel a fight. I’m not going to move a whole f***ing event to Los Angeles because we need Jon Jones to fight on Saturday because money”; no, he’s moving the event because his promotion lacks star power and Jones is one of two UFC fighters capable of pulling 1 million PPV buys (Connor McGregor the other). Does anyone pretend to believe White would move a card for any other fighter (save McGregor) on the roster?

If you exclude McGregor’s October fight against Khabib, there wasn’t a single UFC PPV to draw 400,000 fans in 2018 and the promotion’s November 3rd card featuring heavyweight (and light heavyweight) champion Daniel Cormier did a paltry 250,000 buys. Looking at it simply from a revenue generation standpoint, it’s tough to fault the UFC for making excuses on Jones’ behalf; a card headlined by Cris Cyborg and Amanda Nunes would do 200,000 buys up against the 8p EST college football semifinal game.

I can certainly understand why the UFC wants Jones headlining, but I’m baffled by the decision to move the entire card to California. The UFC should have simply moved the Jones/Gustafsson fight to The Forum and kept the balance of the fights in Las Vegas allowing them to sell twice as many tickets, while pleasing twice as many fans; instead, they’ve disappointed some of their most loyal supporters and will pay for a dark arena. The money spent to book T-Mobile Arena won’t be the only wasted expenditure on UFC 232, one must assume the promotion will also be picking up any expenses associated with the relocation of the fighters, including several hundred thousand dollars in state taxes owed on fight night purses (NV has no state income tax, CA does) and the costs associated with state required medical exams.

The relocation is an inconvenience to the fighters, but it’s the UFC fans that made non-refundable accommodations (hotels, flights) to spend New Year’s weekend in Las Vegas (likely at a premium price) that are really getting screwed. The UFC is not honoring seat locations, so those who bought good seats and still plan to make the excursion to LA are not guaranteed to sit where they’d hoped and those who bought tickets on the secondary market and opt not to make the trip will be forced eat the difference between the primary and secondary ticket price.

Fan Marino: Jones is able to fight in California because unlike Nevada, the California State Athletic Commission and the U.S. Anti-Doping Agency (a UFC partner) have ruled the adverse finding in Jones’ test to be the result of residual “pulsing” tied to his ’17 usage. But not everyone is buying that story, Cormier (among the UFC’s most respected fighters) said, “a pinch of turnibol in an Olympic size swimming pool from 2017 that stays in your system for 18 months = joke.”

Bantamweight Brian Kelleher (on undercard) floated the idea of the 11 fighters not named Jones boycotting the event’s relocation, a decision that would have put the UFC in a tough spot; book 5 fights on 6 days’ notice to fill-out the Los Angeles card or put on an event that draws 1/5 of the viewers (as Howie noted). I’m betting the former and Kelleher would too, acknowledging “we’re all trying to make a paycheck and pay our bills, so we [can’t] risk it.”