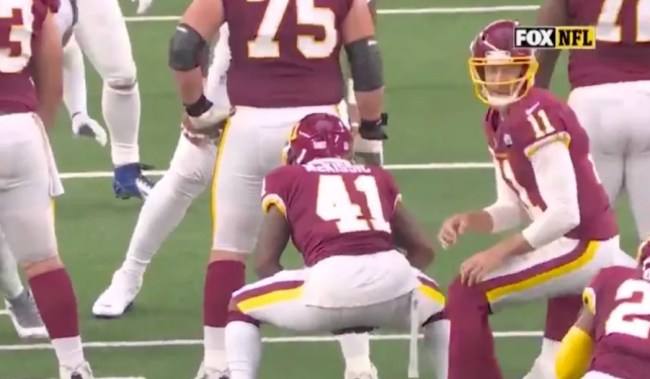 Washington dug deep into their playbook in their game against the Dallas Cowboys during their Thanksgiving Day game.

During the second quarter Washington Offensive coordinator Scott Turner called a trick play that involved quarterback Alex Smith taking the snap, getting behind running back JD McKissic and then stealthily handing him the ball in what appeared to be a variation of the classic “fumblerooski” play made famous by Nebraska in the ’80s.

Washington just ran this trick play and it is GLORIOUS 😍pic.twitter.com/d10qD9tfDB

Here’s a closer look of the play.