#College Football
BroBible may earn a commission if you buy a product or service via links in this article.
by Brandon WenerdSeptember 16, 2022
Facebook Twitter Reddit Flipboard 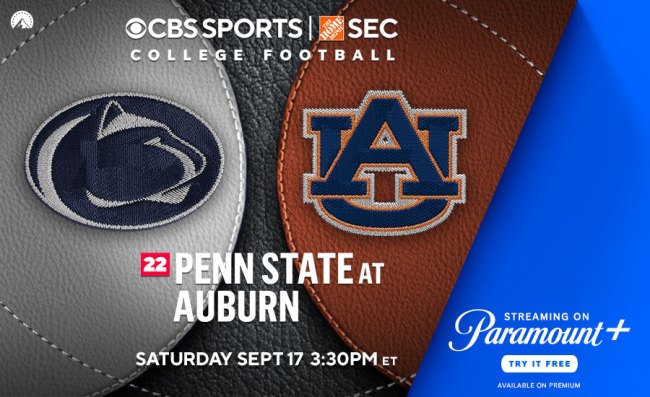 Huge college football weekend on tap. One of the highlights is Penn State heading to Jordan-Hare Stadium in Alabama to take on Auburn University – a fellow public land-grant research university.

Penn State won last year’s game 28-20. Historically, the Nittany Lions leads the series against the Tigers, 2-1. Last year Penn State’s Jahan Dotson secured 10 catches for 78 yards and one touchdown, leading that game in receiving yardage. Tank Bigsby clocked in 102 yards of rushing in the game, but ultimately it wasn’t enough to get the job done.

The first time they played each other was in the 1996 Outback Bowl, which was a rainy, muddy mess (Fun fact: My parents went to Orlando for it. I was in 4th grade at the time). Penn State dominated in that game with Wally Richardson at quarterback. Then the teams met again in the 2003 Capital One Bowl when Larry Johnson was a running back, with Auburn winning 13-9.

This year, Penn State is favored by 3.0 points, with the over/under set at 47.5 points.