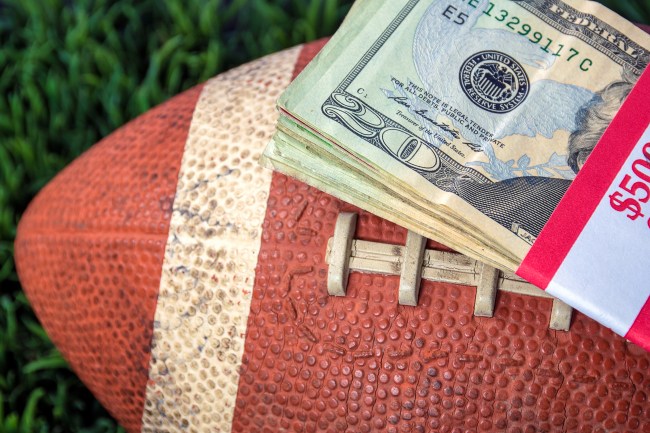 This year’s ‘Last Man Standing’ at the Station Casinos in Las Vegas came down to the wire. Going into Week 16 of the NFL season there were only two people still in the running and one of them went home $150,000 richer.

The rules of the Last Man Standing betting competition are typically pretty straight forward. Each week you pick a winner and you can only pick each team once. One of the two bettors who were still live in Week 16 of the NFL season thought things were going GREAT in the 4th quarter of the Miami Dolphins-Cincinnati Bengals game.

With only 11 minutes left in the game, the Dolphins (-.5pts) went up 35-12 against the Cincinnati Bengals. That’s a virtual lock, right? Then the Bengals scored two rapid-fire touchdowns AND two 2-point conversions and things got real in a hurry.

Things got even crazier. The Bengals recovered an onside kick. Dalton connected with Eifert for a 25-yard TD + 2-point conversion and things were headed to overtime. If the Dolphins lost or the Bengals tied the game then the bettor would split the $150,000 pool with the other person still alive in the Last Man Standing.

Here’s what happened in those final minutes, according to the Las Vegas Review Journal:

Heading into Week 16, only one other entrant remained from the field of 6,472 $25 entries. But the bettor lost on the Bills (+6½) in brutal fashion Saturday when the Patriots scored a go-ahead TD with 5:06 left and added Tom Brady’s 2-point pass to Julian Edelman to cover in a 24-17 win.
If the Dolphins lost to the Bengals or tied, the two bettors would’ve split the pot and pocketed $75,000 each.
The teams each punted twice in OT before Ryan Fitzpatrick drove Miami into field goal range. Jason Sanders kicked a 37-yard field goal as time expired to lift the Dolphins to a 38-35 victory, leaving only one bettor to celebrate.

“Clearly, he was the Last Man Standing,” Sunset Station sportsbook director Chuck Esposito said. “That’s nerve-wracking. Having the Dolphins win it the way they did was so dramatic. That’s what makes the contest so much fun.”
Esposito said it was the longest LMS pro football contest ever at Station Casinos. The champion picked an NFL winner ATS in 16 consecutive weeks. (via)

The other bettor who was still live going into Week 16 finished the Last Man Standing with 15-1 against the spread and will walk home penniless because it’s a winner-take-all format and the runner-up gets nothing. That has to hurt.