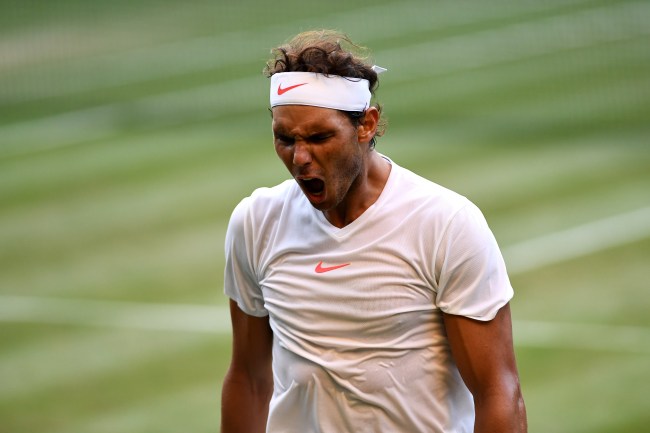 Wimbledon’s conscious decision to honor tradition at the expense of profitability is estimated to cost the All England Lawn Tennis and Croquet Club (AELTC) upwards of $60 million annually. Official records indicate that Wimbledon generated $289 million in ’17 (-6.5% YoY); by comparison, Forbes estimates that the U.S. Open brought in $350 million last year (+15% YoY) – ticketing ($120 million v. $47 million) and sponsorships ($65 million v. $47 million) accounted for much of the difference. Commercial and Media Director of the AELTC Mick Desmond explained that the objective “is not to maximize revenue in the short term, but to build relationships for the long term that will future-proof The Championships and our partners for years to come.” The decision ultimately costs the players competing. The winners of last year’s U.S. Open took home $3.7 million in prize money; Wimbledon winners this year will earn just $3.08 million  (after +7.5% YoY increase).

Howie Long-Short: It’s Wimbledon’s “brand” that drives the “clean court philosophy” (as opposed to Arthur Ashe Stadium which has highly visible advertising on court and nets), its decision to limit the number of sponsors and the ability to resist the urge to increase ticket prices and the size of the venue (15,000 v. 23,771). Haagen-Dazs, Rolex, Slazenger and Robinsons Barley Water are among the few associated with the 2018 tournament. It should be noted that sponsors are not permitted to advertise on AELTC grounds.

Fan Marino: Pinnacle Sports (and another unnamed bookmaker) reported a Wimbledon men’s doubles match, involving 4 Top-55 players, for suspicious betting patterns. A series of “out of the ordinary” late bets from “accounts with a history of wagering on suspicious matches” moved the odds, tipping off the bookkeeper. Fernando Verdasco (ranked 34th), David Marrero (ranked 54), Joao Sousa (ranked 45th) and Leonardo Mayer (ranked 36th) are the players who participated in the match under investigation. It’s not the first time that Wimbledon has had a potential match fixing scandal on their hands; 3 matches at last year’s tournament were flagged for potential corruption.

Comcast Positioned to Take Down Sky, Could Drop Pursuit of Fox Assets (including 22 RSNs)

21st Century Fox (FOXA) raised its bid 30% (to +/- $18.50/share) for Sky PLC (SKYAY) on Wednesday, before Comcast (CMCSA) improved its cash offer for the European cable provider by 18% (to +/- $19.50/share); a 5% premium to the latest FOXA offer. Comcast’s offer was reportedly “recommended by Sky’s independent directors” and the company is said to have “earmarked funds to fulfill the terms of the deal”; the company hopes to complete the acquisition by October, having already received regulatory approval (had been an issue with Fox’s Dec. ‘16 bid) from the EU, Austria, Germany, Italy, and Jersey. The WSJ indicated that if Comcast were to take down Sky, the company could drop its pursuit of Fox’s film and TV assets; FOXA’s existing 39% stake in SKYAY has been a target in that deal.

Howie Long-Short: The Walt Disney Company is considered the front-runner for the FOXA properties having submitted a $71.3 billion offer; obtaining full control of SKYAY is critical to completing that transaction, which explains FOXA’s interest in the British television group.

As for Comcast, SKYAY could bring them both the original content and distribution (satellite & broadband) capabilities that would make the alliance “a mini Comcast-NBCU” and give CMCSA the international expansion it seeks as the company looks to keep up with Amazon and Netflix.

Dan: Sky is the stronger sports specific acquisition with a robust portfolio not only in the UK but other significant European markets. The crown jewel is obviously Premier League, but F1, Cricket and Golf are significant as well. Sky Italia offer up premium content after just renewing Serie A rights in Italy and Sky is a player in Ireland Spain, Germany and Austria.

Editor Note: Fox assets include Star India and Fox International channels, but no domestic rights. Comcast would also be divesting the 22 RSNs to avoid anti-trust concerns.

Howie: What are the 22 RSNs worth?

Dan: I wouldn’t be surprised if they could fetch as much as $28 billion. Either winner (Comcast or Disney) will be well positioned to reap billions from the sale. The capital earned from the RSN divestiture can help offset the purchase price or be applied to aggressively pursuing even more premium sports content.

FOXA shareholders were less than pleased with Wednesday’s developments, shares declined -4% on the day closing at $47.79.

Fan Marino: Speaking of 21st Century Fox, it’s being reported that despite ad revenue increasing from 4 years ago, the company is going to lose money on the ’18 World Cup. Simply put, the company overestimated (by 7-10%) the number of viewers they expected to tune-in (and guaranteed in ad deals) and are now being forced to offer “make goods” (i.e. additional air time) to advertisers. Interestingly, Telemundo won’t post a profit either; that’s surprising if only because it set network ratings records (including 125 million live streams) throughout the tournament.