Does Pay-Per-View Really Make Sense For Woods Vs. Mickelson Match On Thanksgiving Weekend? 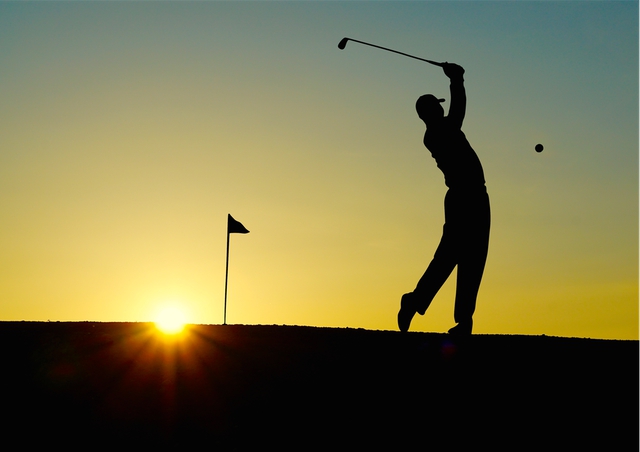 Editor’s Note: Welcome to a daily column we run here at BroBible breaking down the day’s biggest stories in sports business with commentary from the sports money and sports fanatic perspectives. It comes to us via our friends at JohnWallStreet, publisher of a free e-mail newsletter focused on sports related public equities and their subsidiaries. You can sign up here.

Tiger Woods and Phil Mickelson will compete in a made-for-TV golf exhibition Thanksgiving weekend (no precise date has been set, though it’s expected to be Friday 11.23), live from Las Vegas. The longtime rivals will play 18 holes for $9 million (winner take all), just $3 million less than total purse at the ’18 U.S. Open. “The Match” will be a pay-per-view event accessible across several AT&T-Time Warner assets (think: B/R Live, DirecTV, U-verse). No information pertaining to pricing has been disclosed.

Speaking of which, T issued its first earnings report (Q2) with the Time Warner properties under its umbrella. The WarnerMedia division (former Time Warner assets) reported a +7% YoY revenue increase (to $7.8 billion), $1.1 billion of which was included in AT&T’s consolidated results; accounting for the 16 days between closing and the end of the quarter. The news wasn’t all positive though, cord cutting and the shift to internet video had AT&T’s Entertainment division (think: DirecTV) reporting a -8% YoY decline (to $11.7 billion). Q2 earnings rose 15% YoY (to $.91/share), but the mixed results had share prices falling -4.5% on the news; they’ve since recovered, closing at $32.49 on Thursday.

Fan Marino: I’m failing to see the appeal here and we don’t even have a price point yet. Those excited about the event will tout the opportunity to watch 2 all-time greats compete head-to-head, but this isn’t Sunday at Augusta. There’s nothing at stake except money and Woods and Mickelson aren’t exactly broke college students trying to pay off college loans; Woods has earned $113.5 million to date on tour, while Mickelson has cashed PGA Tour checks worth more than $87.5 million.

It’s also a particularly busy weekend on the sports calendar with Week 12 NFL games, college football rivalry games and college basketball’s pre-season tournaments. AT&T should be able to pull the country club crowd, assuming the event is priced like a single game on NBA League Pass ($6.99) and not a PPV fight ($49.99), but I’m doubting that the average sports fan is willing to pay for a golf themed TV show on day that includes Kyler Murray vs. Will Grier, the Apple Cup, the Civil War and a Top 5 CBB matchup between Kansas and Tennessee.

Full House Resorts (FLL) intends on “redefining the sport of horse racing” with plans to introduce a “moving grandstand”; stadium seating on rails that will move with the horses during races. CEO Daniel Lee points out that today’s racetracks only offer fans the ability to witness “two brief moments of a race – its start and the closing seconds at the finish line”, but a grandstand that moves with the horses would allow spectators to catch “every dramatic second.” The track (and moving grandstand) were announced as part of a proposed $200 million destination resort in New Mexico (La Posada de Liano) that would also include a 35K SF casino, luxury hotel, golf course and water park.

Howie Long-Short: FLL is a boutique casino operator with properties in Colorado, Indiana, Mississippi and Nevada.

While the concept of a “moving grandstand” is phenomenal, this project is far becoming a reality. For starters, the New Mexico Racing Commission has yet to issue FLL the state’s 6th racing license (there’s an open tender) and the State of New Mexico has yet to put forth legislation that would legalize gambling within the state (so talk of a casino is premature). In a best-case scenario, this project gets completed by the end of 2020; but, I wouldn’t put my money on it.

Fan Marino: Lee’s right, the in-stadium experience for watching a race is terrible and in theory this is a brilliant solution, but I’m not sure it’s a wise investment. Secretariat hit 49 MPH while running away at Belmont in 1973 and earlier this decade, it was reported that the average age of people in the grandstand was 51. I can’t imagine race fans settling into retirement are looking for the thrill that sitting in an exposed monorail car, going 40+ MPH, offers.