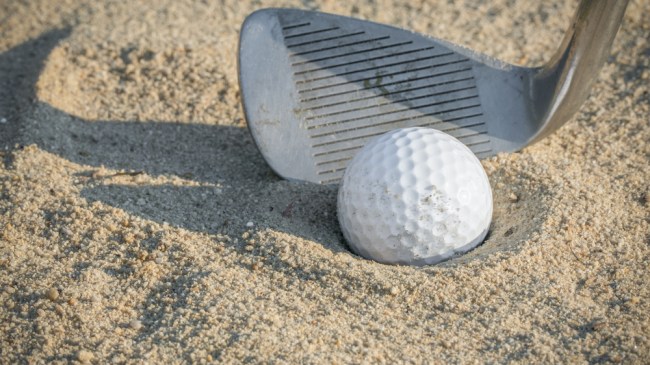 If you’re a typical golfer, you likely view the sport as an excuse to drink while convincing yourself occasionally stepping out of a cart to take a swing counts as exercise. Even if you’re brave enough to walk the course, you know that calling golf “physically-demanding” is doing a disrespect to literally every single sport that involves running.

However, Adam Rolston is not your typical golfer. When the former rugby player began to approach the end of his career, he decided he needed to start thinking about his next move. Inspiration struck during a tournament in Kenya when he met up with ex-rugger Ron Rutland, a friend of his who had previously cycled through every country in Africa over the course of a 26,000-mile journey.

The two hatched a plan: they would create and play the world’s longest golf hole. Rolson, a scratch golfer, decided he would be the one to play the hole, with Rutland opting to serve as his caddie.

The Guardian provided an in-depth look at their journey across Mongolia— an adventure that took 82 days, 1,250 miles, and 20,093 shots to complete (the hole was a par-14,000). Rolston admits he had second thoughts from the very beginning:

“We didn’t see the sun for four days and we were moving through freezing water pulling our equipment. In that first week, I was sometimes lying awake thinking: how are we going to complete this. Doubts crept in.”

The two initially set out unaccompanied, but they eventually met a fellow nomad who helped raise their spirits by deciding to join them for a significant portion of the journey:

We were followed by this beautiful wild dog, who stayed by our side and slept by our tents. This breed of dog is renowned in Mongolia as operating alone and at times fighting with wolves and coming off better than them, so we should have been apprehensive, but it became an incredible part of the trip. This dog was so loyal and protective to us throughout the trip. It really symbolised the nomadic spirit of this beautiful country.”

The duo eventually ended up at an actual golf course in Ulaanbaatar, Mongolia, where Rolston drained a seven-foot putt to finish the hole— marking the first time in history someone has shot 6,093 over par and still set the course record.