Picks Against The Spread For Each Week 5 XFL Matchup 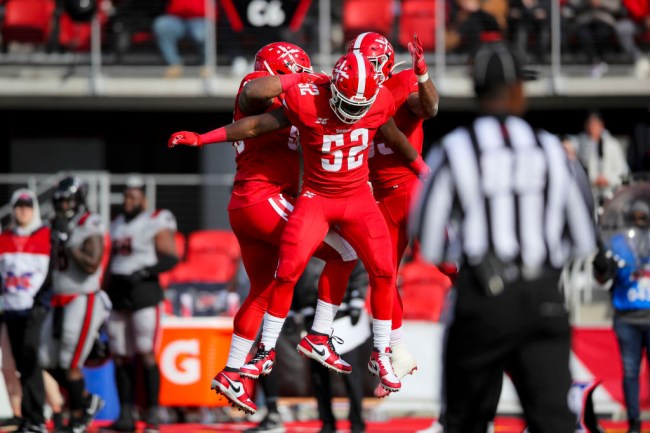 Welcome to Week 5 in the XFL. We are officially in the second half of the season. Last week was exciting as three of the four games were settled by one score. Aside from the Battlehawks and Roughnecks, the rest of the playoff picture is anyone’s guess as some early strong teams have tumbled and others have picked up wins to stay in the race.

Seattle Head Coach Jim Zorn finally made the move and pulled the inefficient QB Brandon Silvers for B.J. Daniels. Daniels helped that offense but had a late interception as the Dragons lost to St. Louis. As of early Friday, there is not a definitive starting quarterback. In a Seattle Times article this week, he’s hinted both could be used.

“It’s not the hot hand, it’s really production and I could use them both during the game without any reservation.”

The Roughnecks still remain the only undefeated team in the league. P.J. Walker continued his impressive season with 239 passing yards and two touchdowns a week ago. The Houston defense also showed up last week as they intercepted Landry Jones three times and forced one fumble. Despite all that, it was another close one as the Roughnecks won 27-20.

Houston is the better team, but in its last three wins, its average margin of victory has only been six points. I believe the Roughnecks win this game, but the 12 point spread is too much.

After two tough road games, the Guardians seemed to be back on duty at MetLife Stadium as they pulled off the 17-14 win against Los Angeles last week. Quarterback Matt McGloin had not been playing well, and his injury gave the opportunity for Luis Perez to get the start. Perez took advantage of it and while he wasn’t necessarily stellar, he was able to throw a touchdown and, more importantly, not turn the ball over. The tough defense that looked to have disappeared the last two weeks might have reemerged with a pick, forced fumble, and three sacks.

Dallas has not had a good week; not only did it lose to in-state rivals last week, but starting quarterback Landry Jones will miss at least two weeks after aggravating the knee injury that caused him to miss Week 1. Phillip Jones will get the start this week.

Jones was a dud in their opening loss with zero touchdowns and one interception. The Guardians might have something with Perez, and that defense is good with the only team with at least three players with multiple sacks. This is a road game for the Guardians, which hasn’t treated them well, but they can make it at least competitive.

The Battlehawks have emerged as a championship contender led by Jordan Ta’amu who is second in passing yards (876) and first in rushing yards amongst quarterbacks. St. Louis also has another stellar runner in Matt Jones who has the second-most rushing yards in the league. This team’s offense can put up the points, and their defense can prevent them; they’ve given up just seven touchdowns this year, fewest in the league.

The Defenders looked like a powerhouse the first two weeks, but since then, they’ve hit the wall hard. They’ve scored just nine points in the last two games while losing by a combined 54 points.

D.C. should have a better game at home this week but St. Louis is one of the more well-balanced teams in the league. Two weeks ago you could have marked this game as a potential East Division Final, but that isn’t so much the case since D.C’s collapse.

The Vipers finally picked up a win as they blanked the Defenders 25-0 at home last week. Taylor Cornelius finally got his chance as he made the start over Aaron Murray; he finished with 211 passing yards to go along with a passing and rushing touchdown. The team overall was efficient in the run game as De’veon Smith and Jacques Patrick both ran for over 100 yards last week and now sit among the top-five rushing leaders.

After picking up its first win the week before, L.A. was not able to capitalize on the momentum in New York as it lost 17-14 despite Josh Johnson throwing for 325 yards and two touchdowns.

The ground game is going to be the key in this matchup. The Wildcats do not have one and solely rely on the arm of Johnson to score. The Vipers have been able to establish a run game as we saw last week, and L.A. is allowing an average of 131.5 rushing yards-per-game. Tampa Bay also seemed to have rallied around Cornelius, who has the team playing the best it has all season.