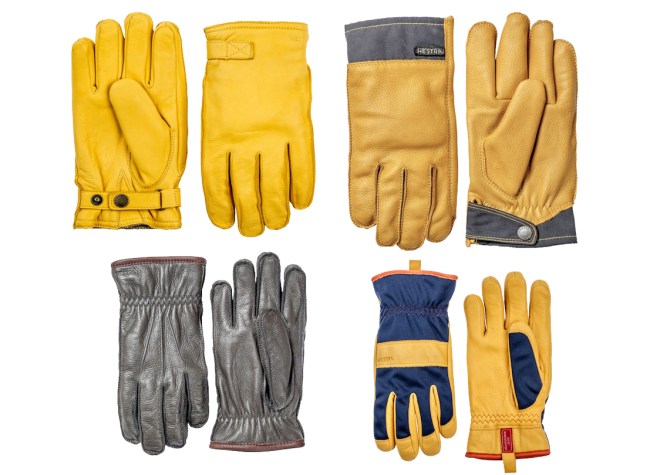 Back in 1936, in the mountainside town of Hestra, Sweden, Martin Magnusson opened a tiny glove making company. By the end of that same year, he was outfitting a slew of local lumberjacks with quality gloves made to handle a tough job.

Now 80 years — and some 400 styles—later – the company he created is the industry standard in tough, long-lasting, comfortable gloves for all professions. Hestra enjoys a prestige that can only be earned over decades of churning out quality gloves.

Those gloves are available now for 45% off.

Hestra’s gloves are table cut from premium full grain leather using 17th Century French techniques widely recognized as the pinnacle of glove making. These are our four favorite pairs of Hestra gloves (from left to right and top to bottom in the photo above).

Check out the entire selection of gloves by clicking the link below.