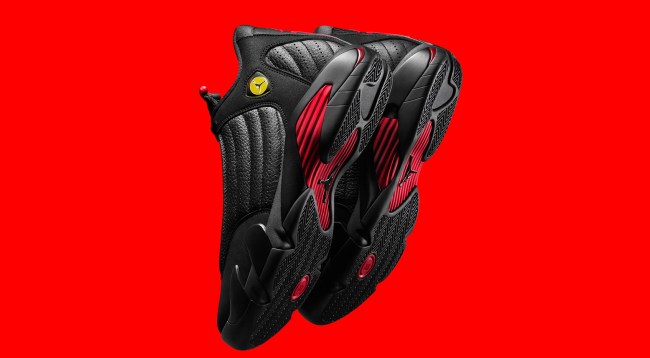 “What would ultimately become Jordan’s last shot as a Chicago Bull would also become one of his most legendary. Down one with 10 seconds left on the clock in Game 6 of the 1998 Finals, MJ shook off his defender and elevated in a single motion, sinking the now infamous 20-foot jumper. The AJ XIV’s became synonymous with the “last shot”, which sealed him his 6th NBA Title and his 6th Finals MVP, a perfect swan song for his inimitable career.”

It doesn’t get much better than that. Unless you’re a Jazz fan, but how many of those are there? Pfft…

Yeah, I know, my Bulls homerism is showing. Even so, it is one of the most iconic moments in NBA history which is why it’s so cool that Nike just re-released the Air Jordan 14 MJ was wearing when he put the final nail in the Jazz for his sixth NBA Championship.

I could give you the lowdown on all the detailing from the suede toe box to the classic yellow Jordan 14 badge, but do I really need to? Didn’t think so.

Better hurry though. I am guessing these won’t be available for long. 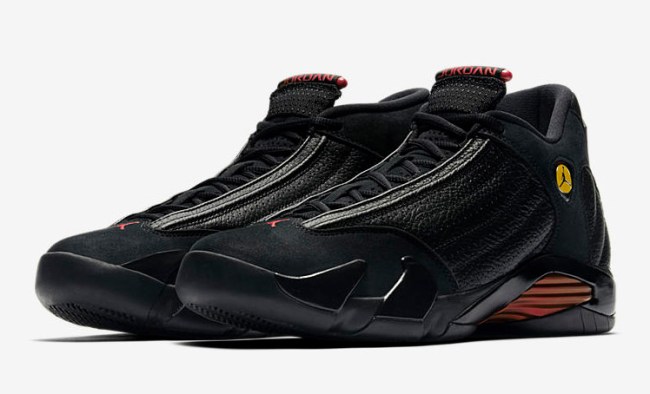 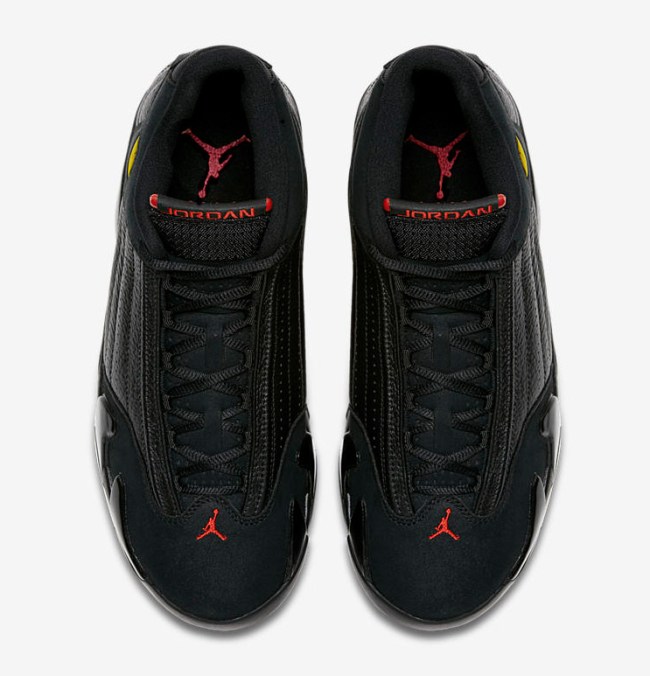 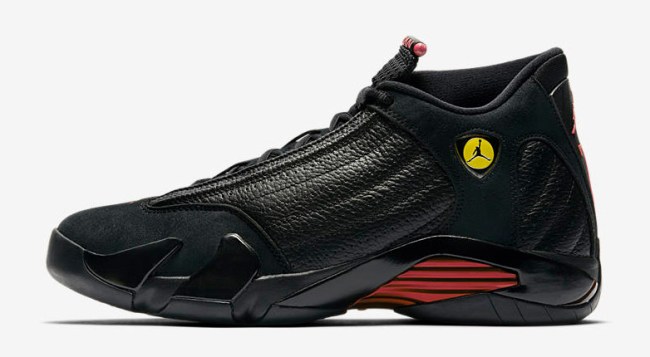 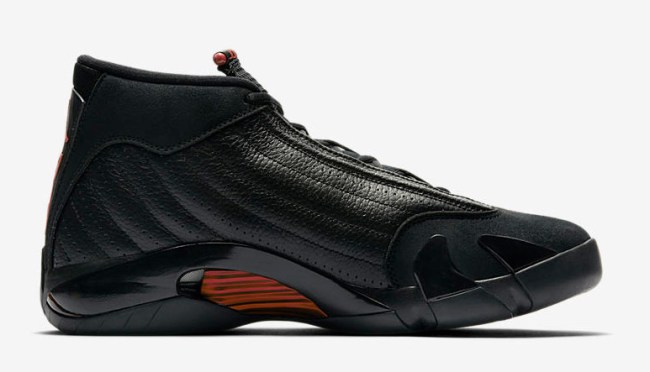 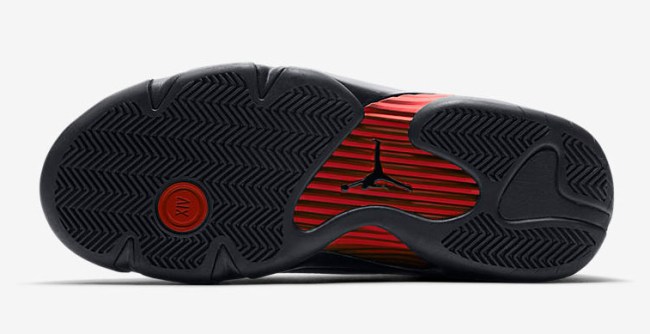 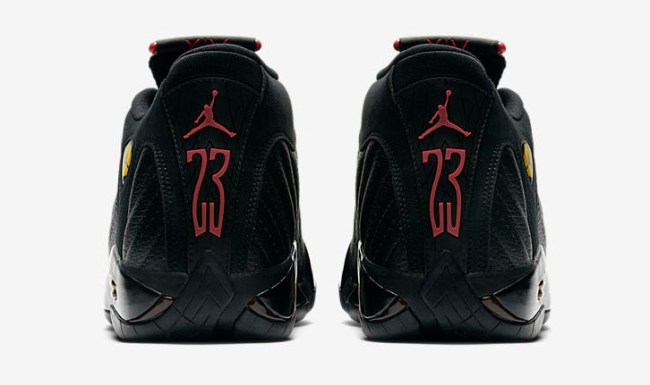 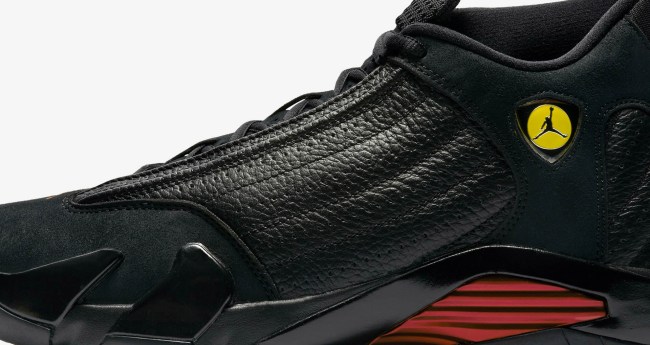 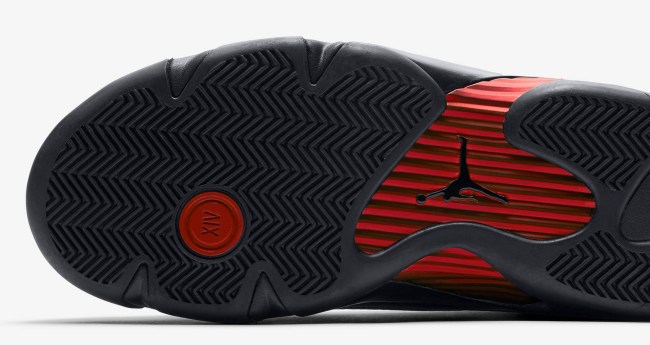 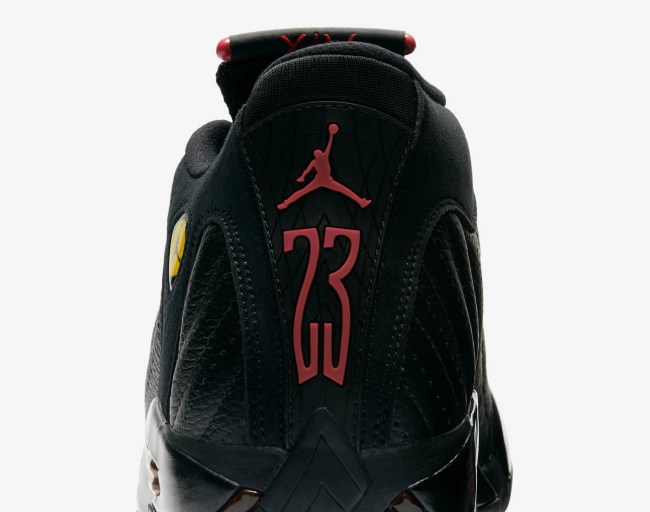