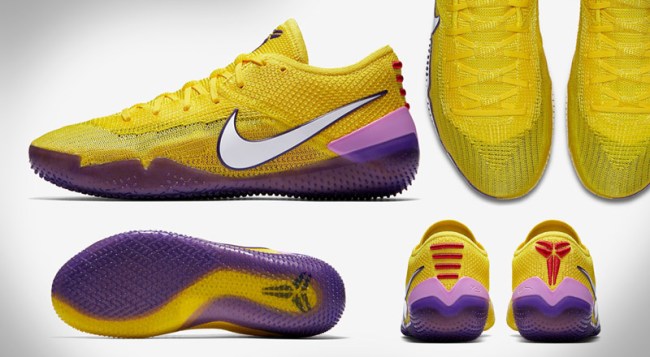 The new Nike Kobe A.D. NXT 360 “Yellow Strike” in Los Angeles Lakers colors have been released and they might just be the sickest pair Kobe’s signature sneakers yet.

Bryant may not have had one of the top five best-selling NBA signature shoes for 2017, but if Nike keeps dropping colorways like this for the A.D. NXT 360 or for just the A.D. he’s going to be giving some of these younger players a run for their money in 2018.

While these aren’t the Zoom Kobe 1 Protro where Bryant made up a word to name them, the Nike Kobe A.D. NXT 360 is still one of the coolest-looking basketball sneakers out there.

The A.D. NXT 360 features a 360-degree Flyknit upper that wraps your foot for lightweight support, responsive Lunarlon and Nike REACT foam cushioning cushioning and excellent traction thanks to its unique rubber outsole pattern.

It’s also, as I may have mentioned, a really damn good-looking shoe. Especially when it is tricked out in Lakers purple and gold. 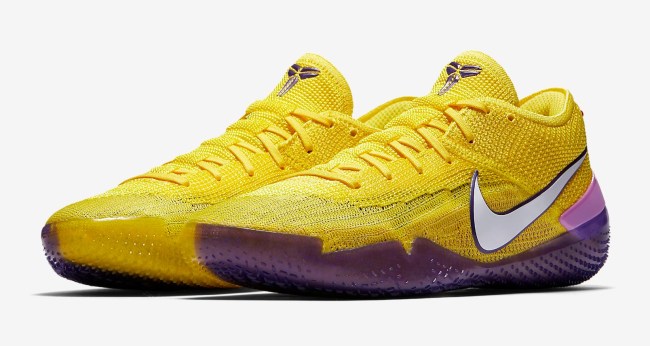 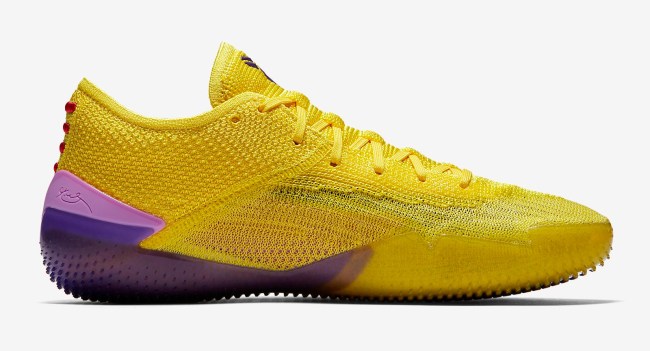 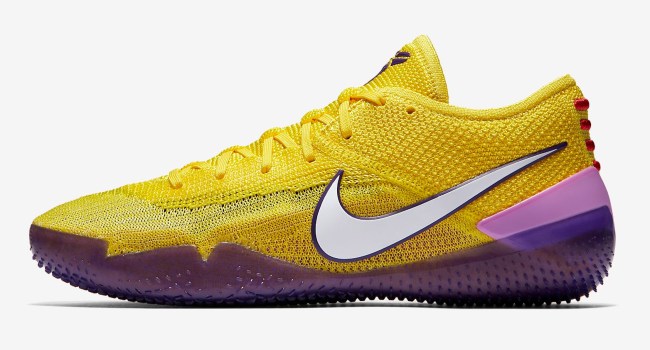 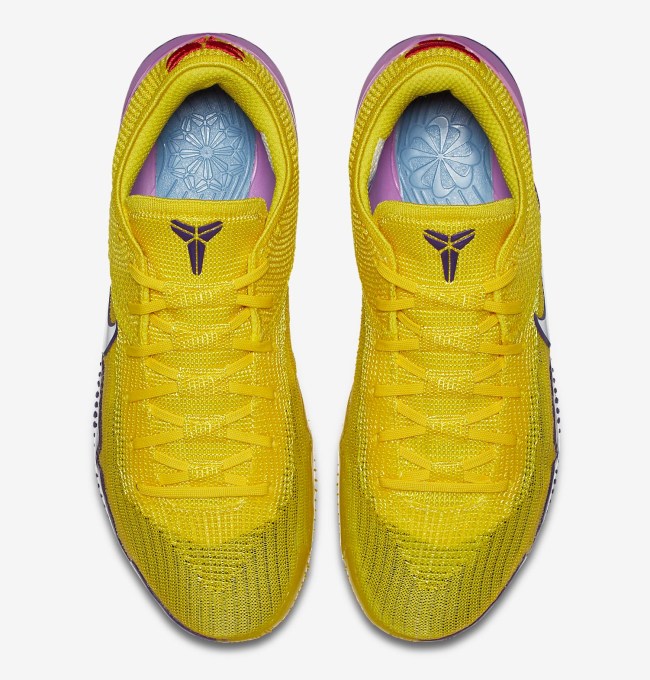 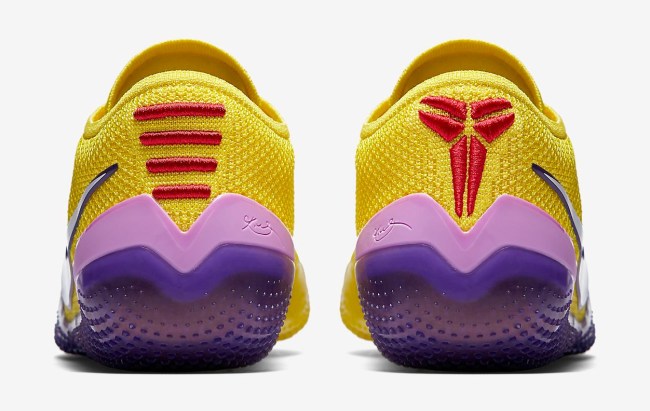