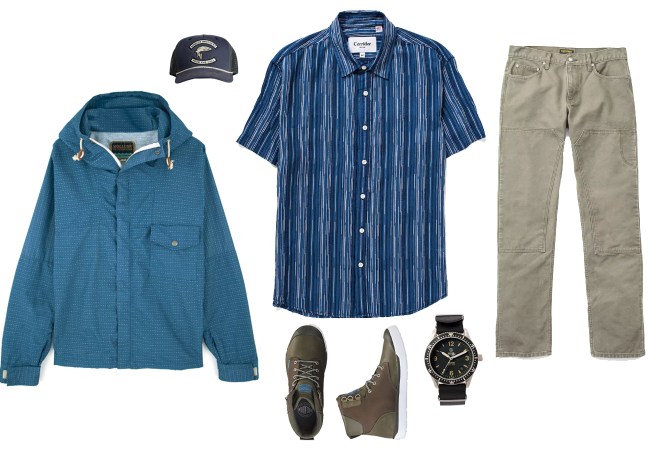 Charleston, South Carolina was initially founded as Charles Town – to honor King Charles II of England – and Chuck is a logical nickname for Charles. Charleston to some. Chucktown to many.

Charleston is a fun, wet town. Steal this look and be prepared for the eventual shenanigans and frequent rain.