Look Inside The Ridiculous Mansion Adam Levine And Behati Prinsloo Are Selling For $47.5 Million 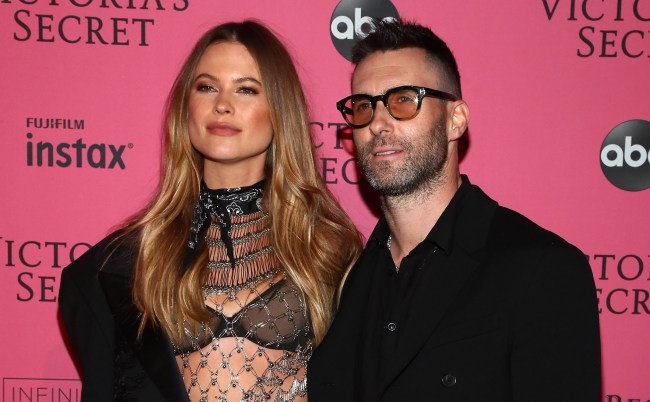 That’s right. The Voice coach Adam Levine and his Victoria’s Secret model wife Behati Prinsloo are selling a mansion they own in Beverly Hills for a cool $47.5 MILLION.

And here I thought the Caribbean estate Bruce Willis is selling for $33 million (it comes with a pirate ship) was insane.

Even crazier is the fact that Realtor.com reports, “In addition to this mansion, Levine and Prinsloo own a Pacific Palisades home they recently purchased from Jennifer Garner and Ben Affleck for $32 million. In 2017, they sold two other homes in Southern California for a total of $35 million.”

Jeezus H. It’s like Levine and Prinsloo are playing with Monopoly money, while the rest of us have to just use regular ole American currency.

According to the listing, this house is…

…the perfect blend of Old Hollywood completely updated and remodeled with 2019 state-of-the-art amenities. Located in the most exclusive section in the best part of Beverly Hills, completely private, secluded, and behind gates, the home has been completely remodeled by one of the top designers in the world. Featuring a grand two-story entry, 50-ft living room, formal dining room with bar, gourmet kitchen that opens to family/media room, chef’s kitchen, screening room, gym, and guest house. An absolutely spectacular property featuring park-like grounds, rolling lawns, a swimmer’s pool, tennis court, putting green, and outdoor kitchen/pizza oven. Perfect for major entertaining.

You want to do some major entertaining, don’t you? Who doesn’t?!

Levine and Prinsloo purchased the home a little over a year ago for $33.9 million, but reportedly added $7 million in upgrades.

So… if you’re interested, all you need is to be able to afford approximately $254,075 a month in mortgage payments with a $9.5 million down payment and this place can be allllll yours.

Adam Levine lists $47.5M Beverly Hills mansion (Gallery) – Check out this post and more like it everyday at #thisis50.com https://t.co/0lsNkKxAIO