Look Inside The $2.6M Home Hall Of Famer Bill Russell Is Selling That Comes With Some Memorabilia 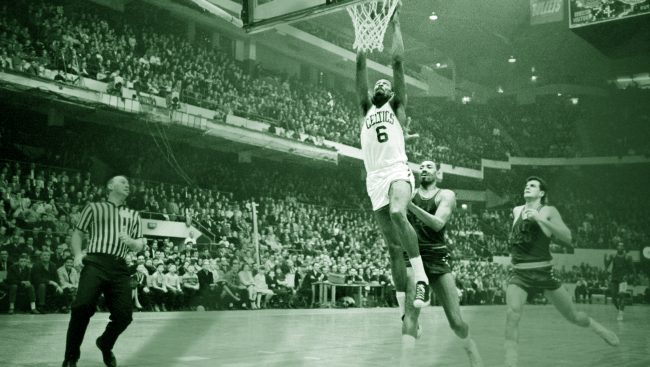 NBA Hall of Famer Bill Russell is selling his beautiful, secluded home in Mercer Island, Wash. for $2.6 million and it looks to be one heck of a deal for whoever snags it.

Located in the Pacific Northwest, the house, covers 4,250 square feet on just under a half an acre of land.

Russell has lived in the house for almost 50 years and while it doesn’t look terribly special on the outside, inside is hidden a serious gem of a home.

“I was offered the head coaching job with the Sonics in 1974.” Russell told the Puget Sound Business Journal. “When I took the job I was a single parent and chose Mercer Island because it had the best schools in the Pacific Northwest,” Russell told the Business Journal by email. “The house was not built for me. I was actually looking at the house next door, but it was not private enough. I not only purchased this house but the two lots above me for the added privacy, and a number of years ago sold them but still maintained my privacy here at the house.”

According to the home’s listing on Realtor.com, the house comes with four bedrooms and 3.25 baths, an open floor plan, vaulted ceilings in the living room and master suite, and a four-car garage.

The vaulted ceilings add to the grandeur of the living room and the fireplace serves as a focal point for conversations. Contemporary lighting anchors an eating or game nook while uniting with the design aesthetic throughout. The depth of space is enhanced with elevation changes, identifying separate spaces without eliminating the cohesion of the open floor plan. A classic and streamlined kitchen offers ample space for epicurean adventures prioritizing storage, luxurious surfaces, and top-of-the-line appliances. The dining area, anchored by a fireplace, is tucked between an elevated living space with built-in shelving and track lighting, and sliding doors that make the transition to an alfresco evening seamless.

An undeniable highlight of the home is the main level primary suite. Complete with its own fireplace, vaulted ceilings, and private deck overlooking the stunning mature landscape, it also includes a walk-in closet fit for an extraordinary wardrobe. Built-ins plus space for furniture make this closet a room of its own. The en suite bath is unlike a typical estate powder room. Lit by the sunlight that streams in through trees and set back from the dual vanity find an inviting soaking tub, multi-head open shower, and a hot tub that could fit you, and 10 friends – but we wouldn’t blame you for keeping this space to yourself.

As great as the recently renovated house is, especially the spa-like sanctuary, the best part of purchasing Bill Russell’s home is the fact that he will be leaving behind some pretty amazing memorabilia.

“I have left behind my trophy case and an autographed ball for the next owner, and I hope they enjoy the home as much as I have over the last almost 50 years,” Bill Russell told the Puget Sound Business Journal.

There’s a catch: The 11x champion is leaving behind his trophy case & a signed ball for the new owners 😳

“I will miss the privacy, peaceful tranquility, the views of the lake and most of all my hot tub,” said Russell, who also added that he and his wife will be staying in the area.

If you’re interested, Bill Russell’s long time home (and the accompanying goodies) will run you about $10,408 a month in mortgage payments, with a small $520,000 down payment. Easy peasy.