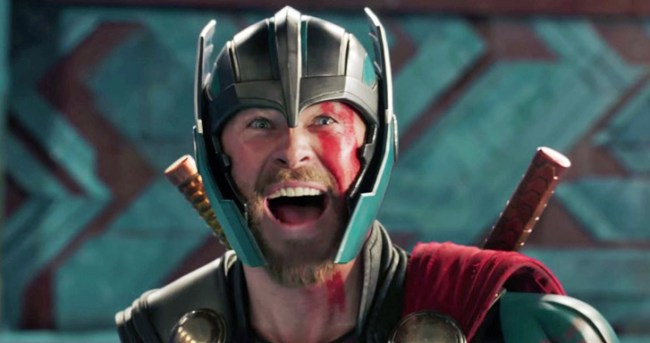 Chris Hemsworth, one of our three favorite Marvel superhero-playing actors named Chris, and his wife Elsa Pataky are building a new house in Byron Bay, Australia. A really big house. Like, the size of a factory or an airport terminal.

They’ve been building this $8 million monstrosity for almost a year and many of their neighbors down under are getting fed up.

I mean, take a look at this thing. Can you really blame them?

It looks like a secret S.H.I.E.L.D. bunker or prison (Is this The Raft?) created with CGI that will later get destroyed in an epic battle for an Avengers movie.

According to TMZ, “the massive building is pissing off tons of people who say it’s totally out of place and looks more like a shopping mall.”

Seriously, a Super Walmart is usually around 260,000-square-feet, which is about how big this place looks. Is this what the front of the home is going to look like when it’s completed?

Eh, I guess it’s not so bad. They do have three kids.

this is more shopping mall than house..🤔🤔..Chris Hemsworth and Elsa Pataky's $8m Byron Bay looks like a fortress https://t.co/k6y09giCw9 via @DailyMailCeleb