For Under $5 Million, You Can Own Newly-Divorced Chris Pratt And Anna Faris’ Hollywood Hills Home 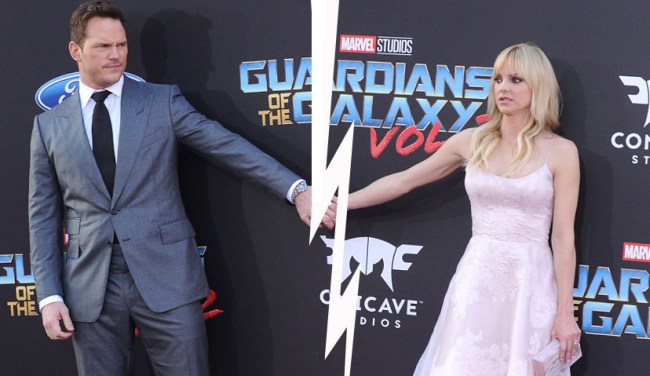 As a result of that event, Pratt and Faris have put their family home in Hollywood Hills up for sale. So if you’re interested in living in the house where love went to die, it can be all yours for the low, low price of just $4.995 million. ($5 million would have just been to much to ask, I guess.)

The 4,710-square-foot two-story home, built in 1979, sits on a large 25,000-square-foot-plus lot and comes with a championship tennis court with lights, a pavilion designed as a professional gym, a large salt-water pool and spa, and an al fresco dining and entertaining area with built-in barbecue and outdoor fireplace.

Inside the house, the front room boasts wood-beamed vaulted ceilings which leads to formal living and dining rooms, a gourmet chef’s kitchen with breakfast nook, and an oak-paneled den with classic bar, and a guest bedroom or office.

Upstairs you will find two bedrooms, plus a master suite with fireplace, dual custom walk-in closets and an oversized, spa-like bathroom with steam-room and jetted tub, according to the home’s listing on Realtor.com.

There is an Open House scheduled for Sunday, November 4th from 1:00 PM to 4:00 PM, if you’re in the area and are interested.

Here’s some of what you’ll see…