Looking To Move? The Discovery Network Founder Is Selling His Massive Colorado Ranch For Just $279 Million 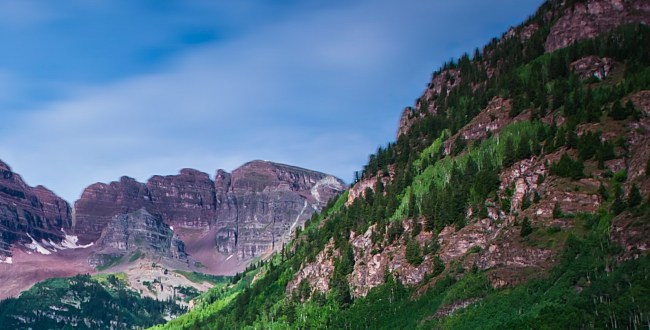 If you’re on the lookout for a new place to plant roots and call home, Discovery Network founder John Hendricks is selling his MASSIVE West Creek Ranch in Gateway, Colorado for just $279 million! Yeah, you’ve really got to see this place.

Hendricks initially put the ranch on the market in 2017 for $149 million, but no one stepped up, so now he is throwing in an adjoining luxury resort and spa – the Gateway Canyons Ranches & Resort – and selling the whole shooting match for $130 million more.

After putting the main ranch on the market for $149 million two years ago, John Hendricks and his wife Maureen Hendricks have now decided to throw in the resort and put their entire holdings in the area up for sale for $279 million. https://t.co/KNKnwnOOcK pic.twitter.com/bXEgbQifVr

According to Realtor.com, “Now, the total offering includes the 22,000-square-foot mansion, the luxury resort with 72 rooms, and a total of 8,700 acres. The ranch also includes a grass airstrip, airplane hangar, and horse stables.”

Oh, and a helicopter. Because how the hell else are you supposed to see all of your property, right?

The main home comes with eight bedrooms and eight baths, an elevator that services all four levels, a great room, formal dining room, breakfast room, chef’s kitchen, home theater, game room, gym, a two-level stone library with a domed roof, most of the existing furnishings, and fossilsand, of course, a helipad.

Outside the house you get 3,500 square feet of covered verandas, a pool and spa, and four fountains, a private observatory with a telescope, a three-bed, two-bath summer cabin with its own garage and helipad, and a two-bedroom guesthouse.