Take A Look Inside The Monstrous Manor Dr. Dre Is Selling In California For $5.25 Million 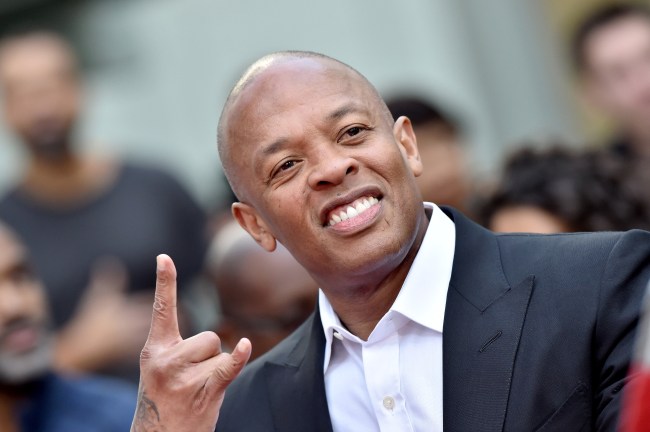 There have been some pretty cool celebrity homes we’ve taken a look at in the past, several of which would be awesome to live in just because of who owned them (ex. Jeff Bridges, Kaley Cuoco, Russell Westbrook).

Today we are going to take a look at another house that falls into that category: the longtime home in California of music legend Dr. Dre.

I’ve talked about living like a baller before, but Dr. Dre’s 16,200-square-foot manor in Woodland Hills is about as baller as it gets.

Check out some of the attributes of this place from its listing on Realtor.com…

The Grand Lanai with its wall of opening glass doors/windows joins the outdoors and Olympic-length saltwater pool with the indoor jacuzzi, two powder/changing rooms, a trendy bar, views of the city, fire pits and TV area under the stars.

There is also an elegant formal living room, a stylish office, a huge classy dining room, stunning family/game room with a 150-gallon fish tank, and a fireplace.

The second story has grand master suite with sitting area and balcony over the backyard. The master bath has his/her vanities, an oversized shower and jacuzzi tub with views, separate closets, and a hair/make up dressing room with dry sauna. Off the master is an elegant large study with fireplace.

Outside, the second floor has expansive balcony perfect for after private screening events. All bedrooms are ensuites. Private guest quarters with a kitchenette, sitting room, two bedrooms and full bath is also located on this floor.

Sounds perfect. I mean, right now I don’t have anywhere to retire to “after private screening events.”

If you’re interested, and can afford around $28,638 in monthly mortgage payments (with a $1.05 million down payment), I think we may just have found your new home.

Take a look around the estate in the video below…