Take A Look Inside The Massive Home Elon Musk Is Selling In San Francisco For $37.5 Million 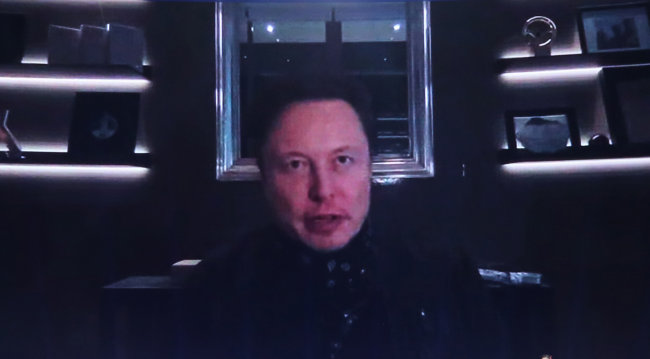 Elon Musk, the man who said we will have put humans on Mars by the year 2026, if not sooner (and that said he would have one million robotaxis on the road in 2020), is making good on his pledge to sell all of his “physical possessions” including his numerous homes.

Musk’s latest item up for bid is a massive property south of San Francisco in Hillsborough that he calls a “special place.”

Decided to sell my last remaining house. Just needs to go to a large family who will live there. It’s a special place.

The over 100 year-old, 12,380 square foot Mediterranean-style mansion Musk is selling on the property sits on a humongous 47.4 acre lot complete with Bay views, hiking trails, canyons, and a reservoir.

It was built in 1916 by Christian de Guigne II and comes with nine bedrooms, nine and a half bathrooms, a pool, a ballroom with 20-foot ceilings, a banquet dining room, a professional kitchen, a wine cellar, a liquor cellar, a detached 3-car garage, and a 8-car carport.

Related: Take A Look Inside The Two Baller Houses Elon Musk, True To His Word, Is Selling In Bel Air

Just as with the previous properties Musk has attempted to sell, he is not using a realtor to sell this home so if you have $37.5 million sitting around and are in the market for a new home in the Bay Area, then you’ll have to deal with the SpaceX founder personally.

Elon Musk recently claimed that his only home will now be a $50,000 house that he rents in Boca Chica.

My primary home is literally a ~$50k house in Boca Chica / Starbase that I rent from SpaceX. It’s kinda awesome though.

Only house I own is the events house in the Bay Area. If I sold it, the house would see less use, unless bought by a big family, which might happen some day.