Take A Look Inside The Two Baller Houses Elon Musk, True To His Word, Is Selling In Bel Air 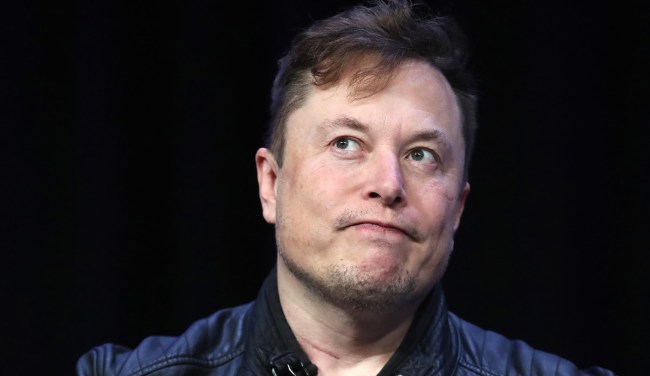 Just prior to crushing the life savings of numerous people by declaring that the stock of his company, Tesla, was too high, entrepreneur Elon Musk announced, “I am selling almost all physical possessions. Will own no house.”

Then he had a kid with his partner Grimes and gave him a name even she couldn’t properly explain and while all of this was going on, true to his word, he put two of his six houses, both in Bel Air, California up for sale.

Just to top it off, Musk decided to put his homes on the market without the use of a realtor as the listings for both homes on Zillow state, “For sale by owner.”

Musk is only asking $9.5 million for the smaller 2,756-square-foot home, built in 1951, that comes with five bedrooms and five baths.

The kicker with this place is that it was once owned by legendary actor Gene Wilder.

The other home at three stories is much, MUCH larger at a staggering 16,251-square-feet and comes with seven bedrooms and a Jeff Bezos-esque 11 bathrooms.

The first smaller home will only run you around $44,704 a month in mortgage payments. Seems reasonable.

The bigger house, however, will put a much bigger dent in your wallet as it will cost around $141,170 a month.

Elon Musk is seeking $39.5 million for two homes in Bel Air, California, which he listed after tweeting that he was selling "almost all" of his physical possessions pic.twitter.com/PWPiiAFVed

One certainly has to assume that both homes come with the latest in technological advancements as the sick house he and his ex-wife Talulah Riley sold in Brentwood a year ago had all the goodies and gadets one could ever want.

Both homes are literally located right next to each other overlooking the Bel-Air County Club.

No word yet on whether Musk is offering a quantity discount if you happen to be interested in purchasing both homes.