Check Out The Dope House In Beverly Hills Emma Stone Recently Put On The Market For $3.9M 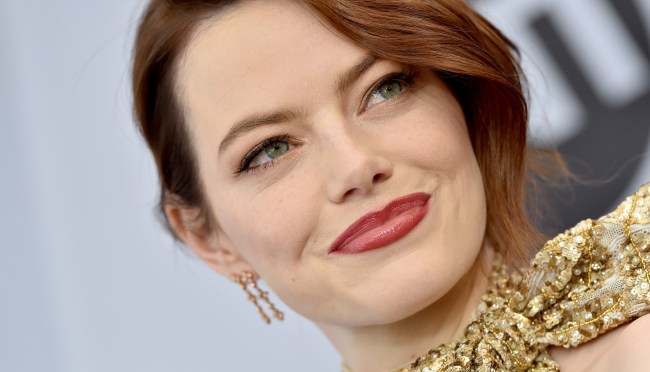 Remember back around the time that The Amazing Spider-Man came out and the film’s stars Emma Stone and Andrew Garfield started dating, eventually moving in together? Yeah, me neither.

Anyway, Stone recently put that very house she bought at that time and the couple moved into in Beverly Hills up for sale. The price tag? Less than $3.9 million. ($3,899,999. She doesn’t need that extra dollar.)

Stone paid $2.477 million for the place back in 2012, but since then the whole place has been overhauled, according to Realtor.com.

It’s not a bad place either.

Four bedrooms, four-and-a-half bathrooms, a chef’s kitchen, a combined living and dining room, dark hardwood flooring, multiple chandeliers and fireplaces, a bonus/media room with a wet bar, French doors lining the back of the house, a stone patio, a heated pool… like I said, not bad at all.

PLUS, it was once owned by late British actor Dudley Moore, so it’s got that going for it as well, which is nice.

Emma Stone puts her plush Beverly Hills home once owned by Dudley Moore on the market for $3.9m: mma Stone might be looking to upgrade her residence after all the recent success, as evidenced by the her decision to put her current abode on the market for… https://t.co/f3QtiVUQII pic.twitter.com/kcyY9RY7U0

The home built in 1953, is also surrounded by a high wall and camera-secured gates, for that extra sense of security.

And for just $20,860 a month in mortgage payments, with a $780K down payment, according to Realtor.com’s payment calculator, it can be all yours.

#OscarWinner #EmmaStone's Beverly Hills #luxury home was listed for $3.89M! Check out the pics below: pic.twitter.com/iVWQbtBBcx