Greg Norman Couldn’t Sell His $65 Million, 116-Year-Old Mansion So He Just Up And Bulldozed It 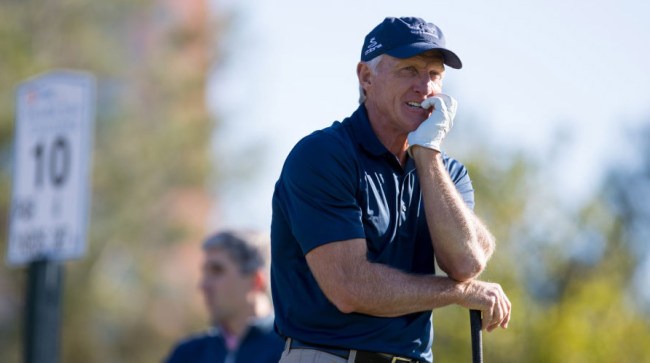 Do you know how you know you’re rich? First off, when you own a $65 million estate on Jupiter Island in Florida, you know you’re rich. And second, when you can’t sell said estate, you just say screw it and bulldoze the damn thing. Which is exactly the fuck you money power move Greg Norman pulled with his mansion that’s been around since 1902.

“There one minute gone the next,” wrote Norman on Instagram. “The main house has stood proudly since 1902 with a few additions added since owning this magnificent property from 1991 on Jupiter Island, it was time to take down the old and bring in the new, which we hope to have completed by end of 2019.”

Eh, who really needs a 26,000-square-foot home anyway? Especially when you’ve already knocked $10 mill off your initial asking price of $65 million? And ESPECIALLY when you also already own a $55 million ranch in Colorado? (Which he is also selling.)

As for the Jupiter Island estate Norman just demolished, it came with that 26,000-square-foot main homes with 10 bedrooms, 14 full bathrooms, 3 half bathrooms, 172 feet of oceanfront, garage space for 14 vehicles, plus a coach house, a carriage house, a beach house, a professional tennis court and pavilion, a skate park, a 165-foot deepwater dock, aresort-style pool area with Polynesian-style grill house, and a putting green.