How Does This Huge House Mila Kunis And Ashton Kutcher Are Selling For $12M Stack Up Against Other Celebrity Homes? 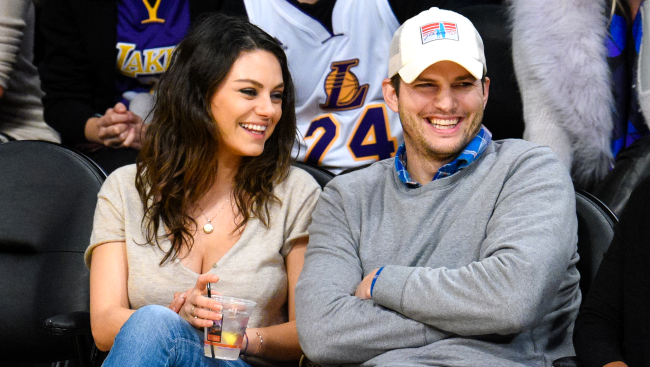 Remember the TV show Lifestyles of the Rich and Famous hosted by Robin Leach? Maybe not since it aired in syndication from 1984 to 1995. If you haven’t seen it, do yourself a favor and find clips of of it on the internet. It’s gold, baby.

Anyway, I bring that show up because Mila Kunis and Ashton Kutcher would be one of the most perfect celebrity couples for a TV show like that.

They’re both still young, have a combined net worth of somewhere around $275 million, and they own some truly amazing homes in some very pricey neighborhoods.

One of those properties, a beautiful 7,351 square foot home in the guard gated Hidden Valley section of Beverly Hills, is currently up for sale for $12.25 million.

The reason Kunis and Kutcher are selling the place is because they recently finished a new sustainable farmhouse that they’ve been planning and working on for the past five years. The property, which they have named KuKu Farms, was recently featured in Architectural Digest.

They also own a incredible beach home in Carpinteria, Calif. just south of Santa Barbara.

Kunis and Kutcher had been trying to rent out the house, but perhaps the $49,000 a month in rent they were charging made finding suitable tenants a bit difficult.

According to that home’s listing on Realtor.com, Kunis and Kutcher’s Beverly Hills pad has five bedrooms, five and a half bathrooms, beautiful oak flooring that “flows throughout,” hand crafted moldings and French doors that “open to an expansive backyard.”

The main level has elegant and functional living spaces, including a cook’s kitchen, breakfast nook with built-in banquet, formal dining room, wet bar and a beautiful mahogany paneled office off of the formal living room.

Four bedrooms reside on the top floor, each with en-suite bathrooms and their own walk-in closets.

The master suite features bay windows, dual-walk in closets and a gorgeous bathroom with freestanding tub and picture window that looks out to the backyard.

This home is located in one of Beverly Hills’ most sought after communities and is a timeless traditional.

Don’t know about you, but I’m sold.

There’s just the small issue of the approximately $57,442 a month in mortgage payments, with a down payment of $2.45 million.

See how Mila Kunis and Ashton Kutcher’s homes compare to other celebrity real estate owned by people like Kanye West, Dana White, Leonardo DiCaprio, The Rock, Tom Brady, and others.