Take A Look Inside The MASSIVE 21,000 Square Foot Mansion Sylvester Stallone Is Selling In Beverly Hills 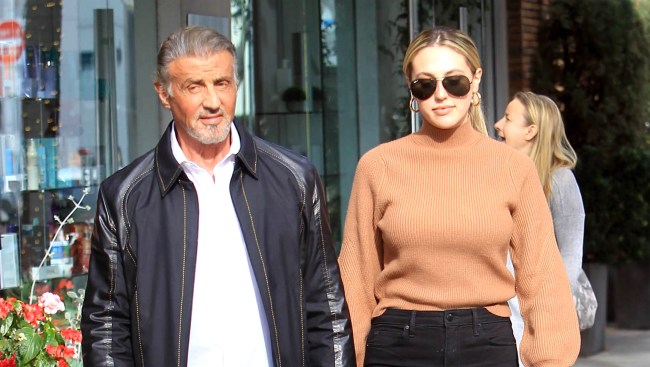 One of the things I will never understand, because I will never have that kind of money, is why a person feels the need to live in a house that takes up thousands and thousands of square feet. I mean, a big house I get. You can spread out, have a place for all your goodies and guests, but does anyone really need a 21,000 square foot house? What purpose does all of that square footage serve? Are you actually utitlizing all of it? Or are there parts of the house that you literally haven’t visited for months?

All this is top of mind for me because Sylvester Stallone is selling his massive 21,000 square foot mansion in Beverly Hills for the eye-popping figure of $110 million.

Don’t get me wrong. This place is a fantasy playground. I would LOVE to live here, but does anyone really need or actually use 8 bedrooms and 12 bathrooms, including the guest house?

Check out the mansion’s description on Realtor.com…

At the end of a cul-de-sac, up a long private driveway, rests a Contemporary Mediterranean on a sprawling 3.5 acres in the exclusive enclave of North Beverly Park. The exquisite 2-story entry steps down to the formal living room with views to Rodeo Drive and beyond. The main level features 2 powder rooms, a formal dining room, a massive kitchen, breakfast room and office. Amenities include a professional theater, gym, cigar room with an air-filtration system, and bar with floor to ceiling steel-framed french doors opening to a putting green and unrivaled landscape. The main house features 6 bedrooms and 9 bathrooms, including the opulent master suite with sauna, steam and office with terrace, 3 en-suite spacious bedrooms and 2 maids. A 2-story Richard Landry-designed guest house includes 2 en-suite bedrooms and a fully-equipped kitchen. The park-like grounds showcase a massive patio with infinity pool, spa and an air-conditioned 8-car garage with an art studio.

The place is insane.

“Even the garage has a great view,” the home’s realtor Barron N. Hilton pointed out to the Los Angeles Times.

There’s even a freaking statue of Rocky Balboa by the pool. (That better come with the sale of the house for $110 mill.)

Take a look inside.

Stallone also used to own a giant house in La Quinta that, in my opinion, he should have kept because it literally looks like a house where Tony Stark would live.