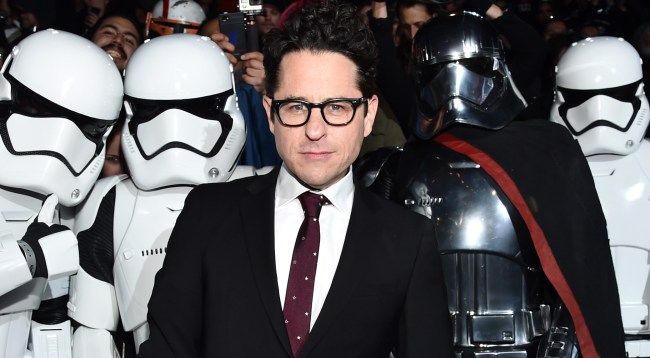 These days, however, he’s a got a whole different project on his plate: selling his home of seven years in Pacific Palisades, California.

Abrams bought the mansion with his wife Katie McGrath back in 2014 for $14.47 million. Today he is asking for an eye-watering $22 million for the 7,395 square foot abode.

No detail was overlooked and no expense has been spared!

The walled and gated home also boasts richly detailed formal living and dining rooms (each with its own fireplace), a sun-drenched game room, an open cook’s kitchen, as well as a family room with a large breakfast area and sitting area.

The guest bedroom even has its own secret garden and fountain!

There is also an office, gym, bonus room with separate entrance, workshop, storage room, three-car garage, beautiful gardens, an outdoor living room with fireplace and heaters, a pool/spa, and a bocce court because who doesn’t play bocce?!

It really is quite the place.

If you’re interested, it will only run you around $103,625 a month in mortgage payments, with a small $4.399 million down payment, of course.

May the 4th be with you.

#StarWars director JJ Abrams is hoping to get $22 million for his Pacific Palisades mansion. For more pics and info https://t.co/BNNYUReo9Z pic.twitter.com/8FNLO5O8BG