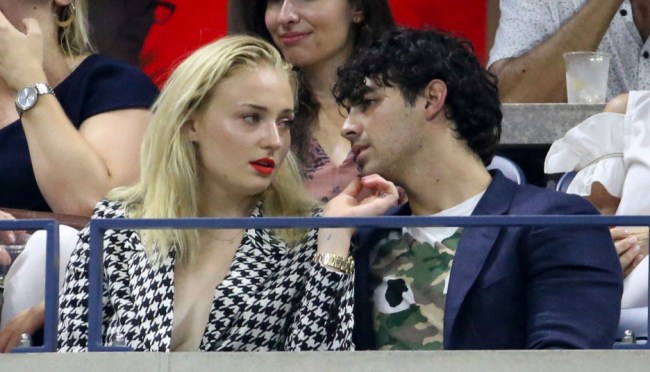 The Jonas Brothers are definitely living their best lives. Especially Joe and Nick. Not only are they all rich and famous, Joe and Nick are both engaged to a couple of ladies that men around the world are definitely crushing on in Sophie Turner and Priyanka Chopra.

Chopra and Nick Jonas have been engaged since July 18, 2018 (her birthday), while Turner and Joe Jonas got engaged in October 2017. Prior to that Joe dated Taylor Swift, Camilla Belle, and Demi Lovato. So yeah, life’s been very, very good to them.

Now, with, one would assume, pending nuptials in the offing for Joe and Sophie, he is selling his sweet Sherman Oaks, California home. The place even has its own name: The Sutton House. Your house has a special name too, right?

It also sits on an extra wide lot with more than 200-feet of depth which is surrounded by fencing and hedges.

Jonas is currently asking $4,250,000 for the gated property, or just $23,158 a month in mortgage payments, according to the home’s listing on Realtor.com.