Check Out The Huge Ranch, Complete With Go-Kart Track, Kanye West Is Selling For $11 Million 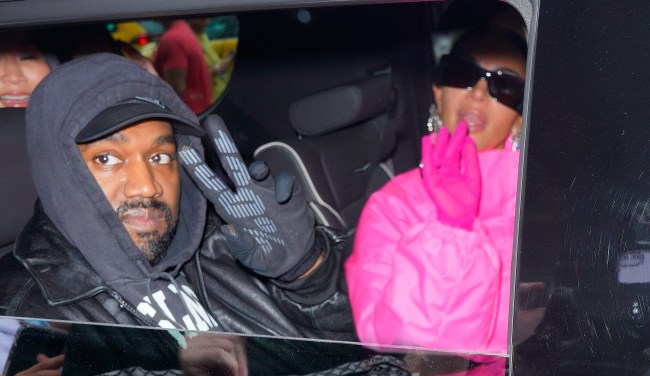 Back in the spring of 2020, Kanye West announced to the world that he would be turning the 3,888 acre ranch he purchased near Cody, Wyoming into a “Yeezy campus” and “a paradigm shift for humanity.”

Fast forward to this week and Kanye has decided that’s not going to happen as he just put the property on the market for $11 million – $3 million less than what the ranch was listed at when he bought it in September 2019.

West Lake Ranch, or Monster Lake Ranch as it is still called in its listing on Realtor.com, includes two fresh water trophy lakes and is located just 52 miles from Yellowstone National Park.

According to a 2020 GQ profile of the property…

The primary fishing lake has brown trout, brook trout, cutthroat trout, tiger trout, and rainbow trout. There are caves at the back of the property that have pictographs scrawled on the walls by indigenous tribespeople. This time of year, hundreds of antelope, mule deer, and a few elk appear on the property. The ranch is also home to colts and geldings, 160 cows, and approximately 700 sheep.

In its current state, the ranch appears pretty much the same as it did in October, when West bought it. There are some humble sleeping cabins clustered along the main driveway, two big barns, the eating cabin (with an upstairs lounge where West has installed a bare-bones studio as well as a whiteboard with “Yeezy Business Development” scrawled across the top), and out across the acreage, a couple of little un-winterized camp outposts. In fact, other than the name change, the only thing that seems to visibly mark Kanye’s new ownership are the vehicles: an army of Ford F-150 Raptor pickups, painted an intimidating aftermarket matte black, along with a fleet of 10 imposing SHERP ATVs (also matte-blacked-out), a handful of UTVs (matte black), and of course Kanye’s matte black tank.

It doesn’t look like a whole lot has changed since then.

JUST IN: Kanye West is selling his Wyoming ranch for $3 million LESS than what he paid for it‼️😳 pic.twitter.com/FgdRuKd4Z7

If you’d like continue Kanye’s work, all the property will cost you is around $40,970 a month in mortgage payments, with a small $2.2 million down payment, of course.

See how Kanye West’s ranch compares to other celebrity real estate owned by folks like Jessica Biel and Justin Timberlake, Kanye West, Mila Kunis and Ashton Kutcher, Leonardo DiCaprio, The Rock, and others.