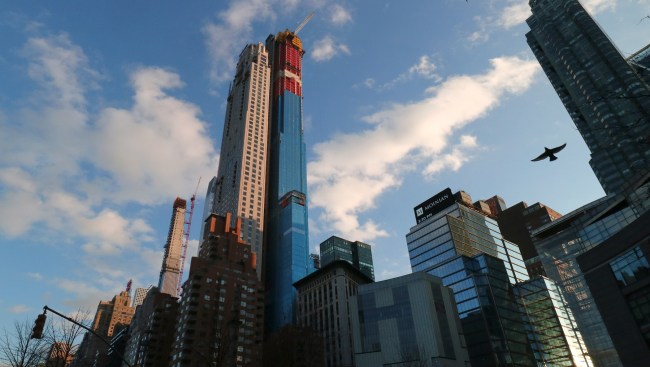 Chicago billionaire Ken Griffin, who recently dropped $122 million on a mansion in London, just bought the most expensive home in America for $238 million. Because that’s what billionaires do.

So who is Ken Griffin? Well, he is the founder and chief executive of the investment firm Citadel, one of the world’s largest alternative investment management companies.

He is also worth around $10 billion, much of which he has been using to go on an incredible real estate buying spree.

For you see, as I mentioned, in addition to this $238 million home at 220 Central Park South in New York, Griffin also recently spent $122 million on a mansion in London, bought the top four floors of a Chicago condominium for $58.75 million – a record for the Windy City, a double-unit penthouse in Miami for $60 million – a record for a Miami condo, and has spent close to $250 million on land to build a mansion in Palm Beach, according to the Wall Street Journal.

The spending isn’t limited to real estate. In 2016, Mr. Griffin paid entertainment mogul David Geffen’s foundation $500 million for a pair of paintings by Jackson Pollock and Willem de Kooning in one of the art world’s largest private art deals. In 2017, he donated $125 million to the University of Chicago to support its Department of Economics—one of the largest gifts in the university’s history.

A spokeswoman for Mr. Griffin confirmed the purchase. She said Citadel is expanding its presence in New York with its new office at 425 Park Avenue, and Mr. Griffin was looking for a place to stay when he’s in town.

The penthouse will end up being around 24,000-square-feet when it is completed and will come with no furniture. Sucker…

Obviously, since the building is still under construction there aren’t any pictures of the inside yet, but to give you some idea of the opulence Griffin will be living in, here’s a video of a pedestrian $50 million penthouse also located on Central Park South.