Take A Look Inside The Riverfront Mansion Kid Rock Is Selling In Detroit (It Comes With A Beer Pong Table!) 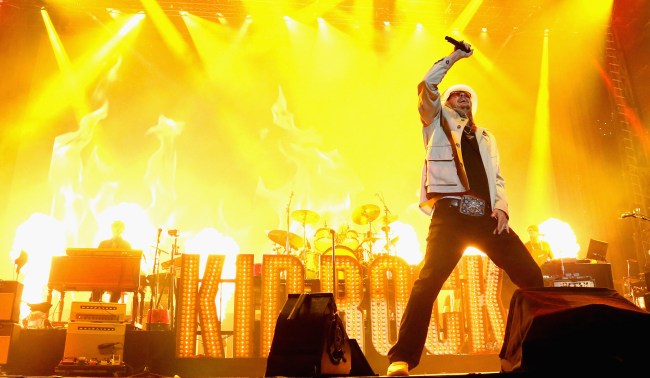 Bawitdaba da bang da bang diggy diggy diggy, Kid Rock is selling his 6,000-square-foot riverfront mansion in Detroit, and he isn’t even asking for that much money – just $2.2 million!

The Motown rapper purchased the property in 2012 and the last time it was on the market the price was only $465,000. Which means Robert Ritchie (his real name) must have made some very extensive renovations to the home over the past seven years.

According to the home’s listing on Realtor.com, the “home is nestled in an exclusive subdivision, with a full and breathtaking view of the Detroit River” and is “one of only a handful of homes — including the official Detroit Mayoral Mansion” located on said river.

It is located across the river from the Detroit Yacht Club on Belle Isle, and comes with a custom boathouse that includes jet-ski lifts and an upper deck built for entertaining.

The boathouse was part of the renovations Kid Rock made to the property, along with an outdoor shower, a new break wall, an attached two-car heated garage, two outdoor TVs, and a state-of-the-art entertainment system.

Kid Rock's Detroit River mansion is up for grabs – for $2.2 million. https://t.co/Wd5su52lju pic.twitter.com/uxqK2MS1oV

The home also boasts an extensive security system including cameras, a gourmet kitchen with high-end appliances, hardwood floors throughout, a custom master bath, with the surrounding land professionally landscaped.

According to the Detroit News, “In the late 1960s, the estate was owned by Tom and Diane Schoenith, who also owned the Roostertail restaurant in Detroit and who regularly hosted parties with Motown performers and executives at their home.”

Inside the home are six bedrooms, five-and-a-half bathrooms, a library with built-in bookshelves, a red dining room, and a large finished basement with a checkered black-and-white floor, a bar, media center, poker table, dining booths and a custom beer pong table.