Kristen Wiig Is Selling Her Dope House, Which Looks Like The Perfect Bachelor Pad, For $5.125 Million 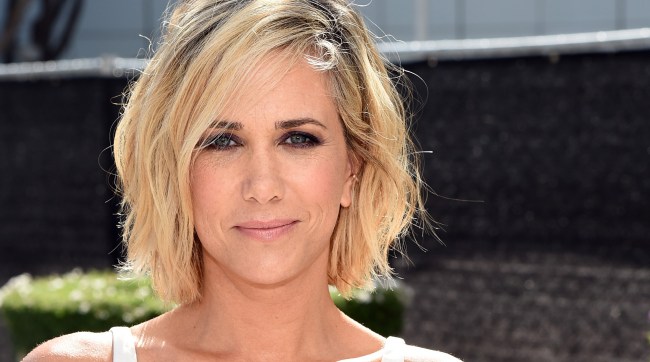 The last time we saw Saturday Night Live alum Kristen Wiig she was playing Sir Albert Langham-Kingsley for HBO’s Royal Wedding coverage with Will Ferrell and Molly Shannon, aka Cord and Tish. She didn’t have any movies come out in 2018, but we will get to see her play Cheetah in Wonder Woman 1984 when it comes out in … 2020.

Why Wiig was living in a home that seems more suited to a dude I do not know. I just know that this place, loaded with all sorts of manly features, would be the perfect place for a single guy to crash.

Heck, the house, built in 1952, even has a name: The Martin Residence, named after its architect, Albert P. Martin. Who doesn’t want to live in a house that has a name?

Other great features of the home include floor-to-ceiling windows with a view of the Silver Lake Reservoir, western red cedar ceilings, American black walnut and rift-sawn white oak architectural materials, a a concrete-block fireplace, custom ceramic heath tile bathrooms, and stained glass paneling in the kitchen.

Outside, on the large 17,000-plus-square-foot lot, you get multiple patios, a wraparound deck, an infinity-edge pool, a spa, and landscaped grounds. Plus, there is a separate guest residence with a studio and sauna.

I told you this place would be the perfect landing spot for a bachelor on the prowl.

Live in the house that laughter bought. Actress and comedian Kristen Wiig has listed her midcentury modern home in the Silver Lake neighborhood of Los Angeles for $5.125 million. Wiig originally purchased the home for $1.7 million in 2014 https://t.co/IGAQso6O8x pic.twitter.com/x27tn6xDT3

#RealEstate recently completed a carefully considered, comprehensive and no doubt exceedingly costly restoration, update and addition of a swimming pool and guesthouse, #KristenWiig lists her hillside home in the #SilverLake area of LA for $5.125m https://t.co/EoFr5Yo5a4 pic.twitter.com/pHJcaU4aJN