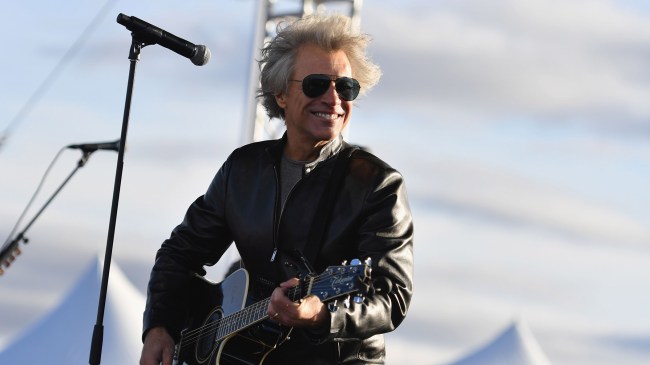 How cool would it be to be able to say you live in the home once owned by rock star Jon Bon Jovi? Because you can actually do that. For real. If you have access to $20 million.

The house is 18,000 square feet (totally necessary) with six bedrooms, 7.5 bathrooms, sits on a 15 acre lot, and is located in Red Bank, New Jersey.

I had you until the very end, didn’t I?

Hang on, hang on, there’s more to love about the place. Check out the description from its listing on Realtor.com.

That’s right. Bon Jovi’s mansion, built in 1999, has a 50 foot long living room, and the dining room was designed so it could seat up to 18 people. Gonna need a bigger table!

That Stern guy, by the way, is the former dean of the Yale School of Architecture so, yeah.

Also, is the Navesink River like a good river?

Another cool feature of the house is the fireplace in the family room which is also the fireplace out under the pergola. Hang on, what’s a pergola?

Anyway, there’s a really cool video that was posted just last week below which shows you exactly what approximately $73,616 a month mortagage payments will get you (with a small $4 million down payment).