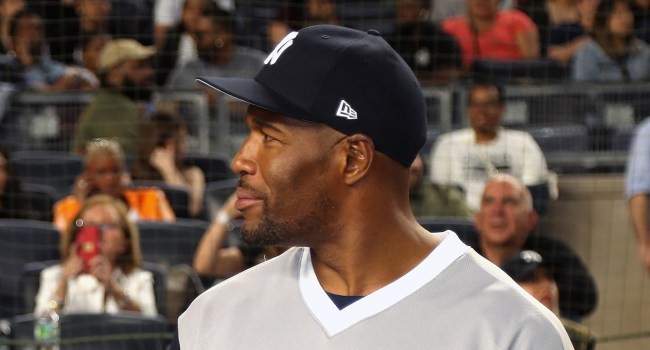 I guess when you are a Pro Football Hall of Famer, and a two-time Daytime Emmy Award winner, like Michael Strahan is, a 2,670-square-foot condo within walking distance of Rodeo Drive in the 90210 really just isn’t enough home for you… or something like that. What do I know?

Throw in the fact that Strahan is selling the place fully-freaking-furnished (excluding the artwork) and you’ve got yourself one super sweet deal.

That’s right. You can watch a game on the same TV he did, grab some grub from the same refrigerator, and, uh, do whatever you want on on the same bed as an NFL Hall of Famer.

“Strahan’s many talents have led to a bi-coastal career. Now, it looks like the NFL star-turned-TV personality is ready to settle in New York where his ABC hosting duties continue to grow. Hopefully, whatever space he’s got east of the Hudson River comfortably houses his four kids, and his trophy case,” Erik Gunther, Realtor.com celebrity real estate expert said about the home.

This sensational celebrity owned luxury condominium located in the heart of Beverly Hills, in close proximity to the world’s most iconic stores and restaurants is being offered completely furnished except for art. This state-of-the-art “smart” home is equipped with the finest fittings and finishes and is located in a building with a 24-hour concierge. The interior features 3 bedrooms and 3 and one-half baths, open-concept chef’s kitchen with the highest quality appliances, motorized shades, and wide-planked hardwood floors throughout. This contemporary masterpiece has views of the Hollywood Hills to downtown and further east to snowcapped mountains.