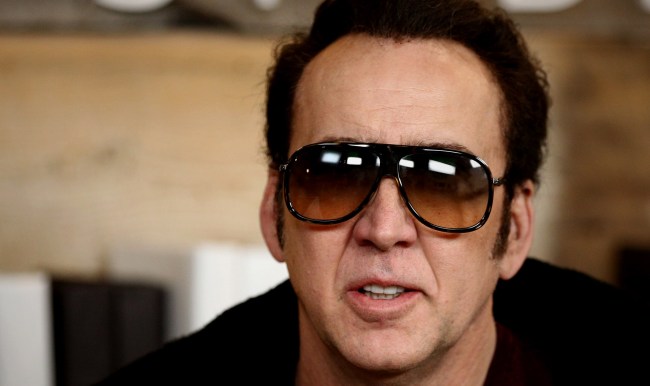 Can you imagine living in the same San Francisco mansion that the man, the myth, the legend, Nicolas Cage, once called home? Well, imagine no more, because the legendary residence once owned by the award-winning star of films like Con Air, Face/Off, Gone in 60 Seconds, and Ghost Rider, can be all yours as it is back on the market for a very reasonable price!

Back in June of 2018, Cage’s former Victorian home by the Bay was listed for a whopping $12 million.

And now, NOW you can purchase the Pacific Heights home once inhabited by Lisa Marie Presley (I assume, they were married at the time)…

According to the 6,957-square-foot home’s current listing…

Spanning three centuries of history, this grandly proportioned circa 1898 Victorian mansion has been stunningly re-imagined for a modern 21st century lifestyle after a fascinating 20th century string of celebrity owners- from Academy Award-winner Nicolas Cage to EST Founder Werner Erhard. This extraordinary blend of new San Francisco combined with one of the City’s most iconic architectural eras and famous residents creates a residence filled with the glamour of the past as well as the vibrancy of a contemporary lifestyle.

Here’s just some of what you get…

• Five bedrooms (all with en-suite baths), six full baths, 3 half baths.
• Home theater/media room, office, family/entertainment room, double-living room, great room, and an open kitchen with two islands.
• A wood-paneled den that was the original EST Brainstorming Room.
• A glass-enclosed, 2,000 bottle wine tasting room.
• A spa with three sinks and two powder rooms, walk-in steam bath and giant jacuzzi with walk-in shower.
• 1,240-square-foot finished garage.
• An elevator from the garage that services all four levels of the residence.
• An outdoor kitchen, semi-circular seating area with a round firepit, and a 10-foot high and 25-foot wide waterfall spanning the width of the property.
• The house played host to people like Diana Ross, Yoko Ono, Donna Karan, and Stephen Hawking in the 1970s.
• AND… it was once owned by Nicolas damn Cage.

(You’ve really got to see this media room. It is pure Cage.)