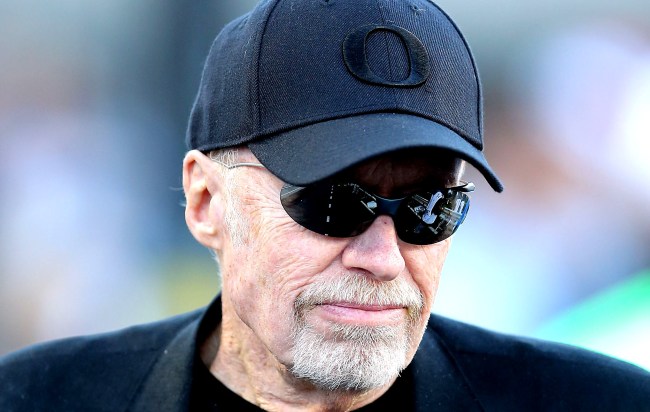 Nike co-founder Phil Knight, who has made more money than everyone in my hometown combined, is looking to sell his home on the the Mountain Course at the La Quinta Resort and Club in California for just $1.55 million.

I guess he figured out that he doesn’t need it since he also owns a $4.25 million home at the Madison Club in La Quinta.

This particular home owned by Knight, 81, is a gorgeous 4,437-square-foot, single-story, three-bedroom, three-bathroom pad located in the prestigious Enclave on the grounds of the famous golf course.

You can be the proud new owner of Phil Knight's golf course mansion at La Quinta. pic.twitter.com/dkCYygQiNA

According to its listing on Realtor.com…

“The home sits on the 12th fairway of the Mountain Course and offers panorama mountain views! Home is contemporary with great room, kitchen, morning area and formal dining all open with whitewashed vaulted ceilings. Large glass windows and sliders [make] the home to be light bright and airy. Palettes of limestone family flooring with granite counters reside throughout the home. Third bedroom set up as den/office with private ensuite bath. Large back patio area open to fairway and mountain views boasting a large pool with spa.”

The home, which sits on a 12,197-square-foot lot, also comes with a three-car garage, a corner fireplace and spa tub in the master suite, a step-down living room with a fireplace, a pair of dining areas and a kitchen with a center island, breakfast bar and granite countertops, reports the Los Angeles Times.

So if you’re in the market for a new home, Knight’s can be all yours for somewhere in the neighborhood of $8,211 a month in mortgage payments, with a $310,000 down payment. Oh yeah, and monthly association fees of $425. That too.