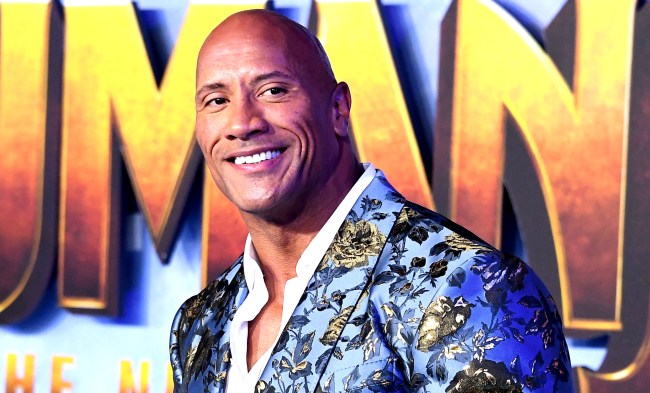 A couple of years ago, we discussed the completely insane “Country Iron Paradise” gym Dwayne “The Rock” Johnson built on his farm in Virginia.

Johnson said at the time that his new gym was built on protected Civil War land, “so the mana & spirits you feel out here can be quite powerful.”

Which, apparently, means that he no longer is in need of the MASSIVE 14,791 square foot, 8 bedroom mansion he owns on an equestrian estate in Powder Springs, Georgia.

DJ only purchased the 46 acre property in October 2019 for over $9 million, so his current asking price of just $7.5 million means he’s going to be taking quite a loss when it sells.

The mansion – or manor house, as it is called down there – built in 2003, includes eight bedrooms and nine bathrooms, and features wide-plank, old-growth walnut flooring, stone fireplaces, high ceilings, and natural light, reports Realtor.com.

Generous formal living and dining rooms are joined by a wood-paneled library, a gourmet kitchen, and a spacious family room that adjoins an informal dining room. Lower level entertaining spaces include a huge lounge with a wet bar and a walk-in wine cellar. In addition to the main floor master suite and a multi-room guest apartment, there are six family bedrooms on the second floor.

Positioned to overlook a pristine private lake, the mansion is surrounded by rolling lawns, manicured gardens and extensive terracing. There’s an outdoor kitchen for summertime grilling and an open-air pavilion next to the pool includes a stone fireplace and cabana bath. The estate’s extensive equestrian facilities include a 12-stall barn, a riding arena and hay barn, while a historic log cabin and mid-19th century farmhouse add additional living quarters for staff or guests.

Take a look inside…