Take A Look Inside The Sweet Manhattan Condo Samuel L. Jackson Is Selling For $13 Million 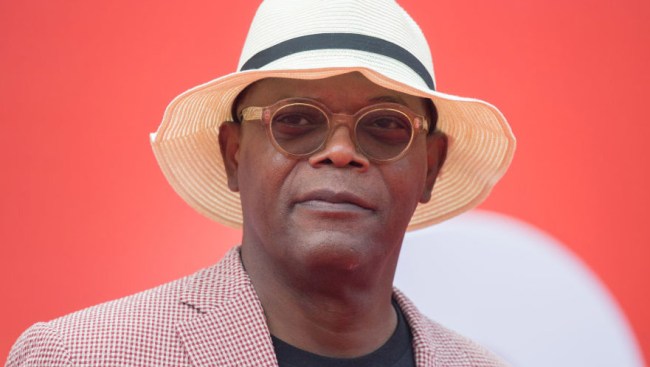 Hey, how would you like to live in the same apartment as Nick Fury? You can, you know? The man who plays the Marvel character, Samuel L. Jackson, is looking to unload his Upper East Side Manhattan condo and he’s only asking for $13 million.

Located in The Leonori on the Gold Coast of the Upper East Side, Jackson’s condo has pretty much everything a bro might need.

The condo is actually three units that have been combined together to make up the 3,000-square-foot home.

There are four bedrooms, three-and-a-half bathrooms, a formal dining room and wet bar, a den with a built-in media center, and, oh, don’t forget the doorman downstairs.

Here, let Mark David of Variety paint you a better picture of the place…

A windowed alcove off the small entrance vestibule and foyer includes a sleek wet bar with under-counter beverage fridge and the lengthy but somewhat slim combination living/dining room features dark chocolate-brown oak floorboards, a floor-to-ceiling bank of custom built-ins and a dramatic black glass chandelier over the dining table. An ample guest bedroom beyond the living room includes a cedar-lined walk-in closet and an Art Deco-inspired bathroom slathered in inky black ceramic tiles. At the cozy heart of the bi-winged apartment, a slender den is dominated by a bespoke media cabinet while a petite dining area incorporates a cushioned window seat banquette and the meticulously tailored and unquestionably high-end but decidedly pint-sized kitchen is arguably better suited for unpacking take-out than cooking up a culinary feast.

Nice, huh? According to Realtor.com’s mortgage payment calculator, it can be all yours for just $83,794 a month (with a $2.6 million down payment, of course).