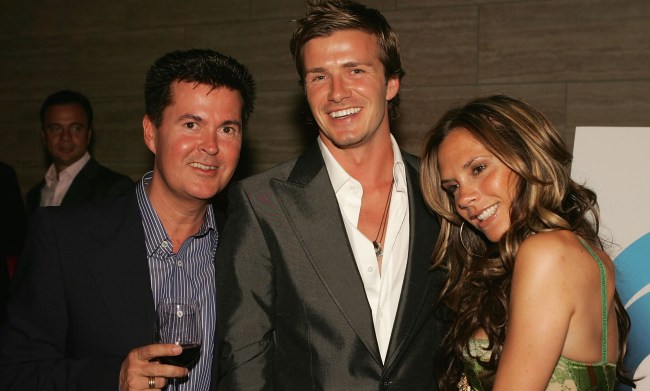 Simon Fuller, the creator of the American Idol franchise and man who is seemingly able to just print money, is selling his monstrous mansion in Bel Air for the “discounted” price of just $35 million (marked down from $37.5 million). You have to see the inside of this place.

Fuller, who has also managed musical artists and athletes such as the Spice Girls, Annie Lennox, Amy Winehouse, Carrie Underwood, Kelly Clarkson, Aloe Blacc, S Club 7, Steven Tyler, David Beckham, Lewis Hamilton, and Andy Murray, is unloading the 11,200-square-foot abode that he and his wife, interior designer Natalie Swanston, purchased in 2014 for $24 million, after making many several major upgrades to the property, according to Realtor.com.

The house, which sits on 1.6 acres of heaven, was built in 1927 by the same man who also built Beverly Hills’ famous Greystone Manor, architect Gordon Kaufmann.

It contains seven bedrooms, five full bathrooms, two half-baths, and best of all, it also has a goddamn turret. Yes, a turret. Dammit, I want a turret on my house! Granted, I wouldn’t have the incredible views of the ocean that this house has, but a turret would be so damn cool.

I so want to live in this house. Or at least spend a few vacation days in it.

If you’re interested in buying it, first off, invite me to visit if and when you do, and second, it will run you around $187,213 a month in mortgage payments with a $7 million down payment. No biggie.