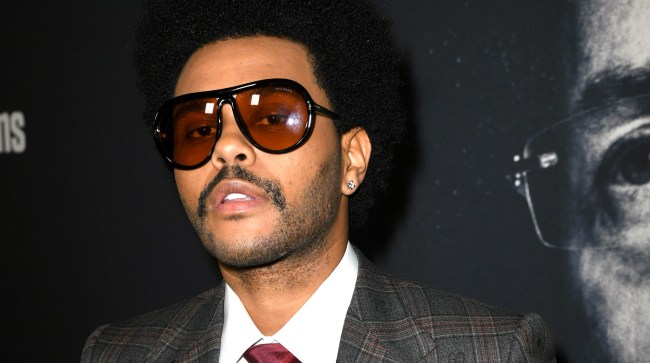 Canadian singer and songwriter The Weeknd, real name Abel Tesfaye, is selling his gigantic 13,391 square foot, 9 bedroom, 11 bathroom mansion in the Hidden Hills section of Los Angeles for just a hair under $25 million.

Why anyone would want to part with this home, it’s not just a bachelor pad, it’s more like a bachelor palace, is beyond me, but he is for $22 million – marked down from $25 mill back when it first listed in June.

The Weeknd's massive estate has nine bedrooms, 11 bathrooms, a detached guesthouse and features a wine cellar, multiple bars, seven fireplaces and a basketball court. It's listed at about $25 million. https://t.co/E7yogudFaz

He paid $18.2 million the property about three years ago so he’s definitely looking to turn a tiddy profit. Maybe that’s the reason he’s selling. Everyone can use an extra $7 million or so in their pocket.

Check out the ridiculous description of the home on Realtor.com…

Pass the meticulously landscaped grounds to the entry hall with double-height ceilings and 2-story window wall. White, bright interiors are warmed by wood and stone accents, including the living and dining rooms, expansive chefs kitchen, and the entertainers bar.

Offering the utmost privacy and seclusion, the estate is near downtown Calabasas and the Malibu coast.

This place is just freaking sick. Take a tour of it in the video below from 2018 and then tell me this isn’t your dream house.

Pretty sweet, right? It can be all yours for around $106,733 a month in mortgage payments (with a small $4.4 million down payment, of course).

Variety says The Weeknd recently bought a mansion-sized penthouse in the Beverly West tower in L.A. for $21 million, which might explain why he’s selling this property. Must be nice to be him.