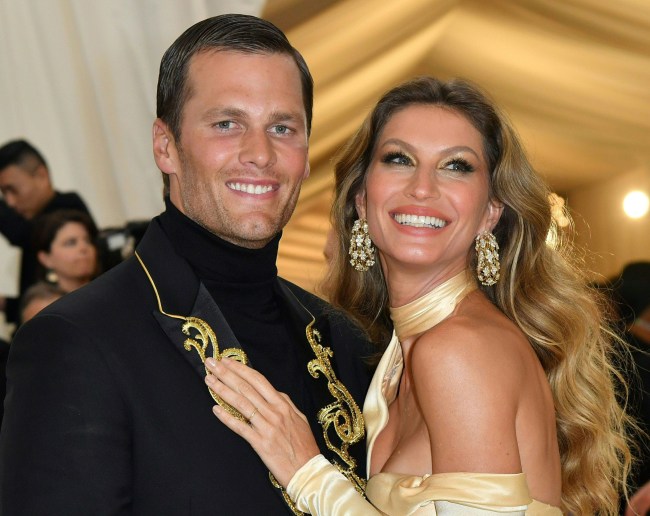 Tom Brady and Gisele Bundchen have way too much money, and they’re about to have even more of it.

First off, they are on their way to selling their massive $39.5 million mansion in Brookline, Mass. now that they are officially Florida people.

You know the one, the mansion that a homeless man was making himself comfortable in, chilling on the quarterback’s couch in the basement before being caught last week? Yeah, that one.

Now comes word that TB12 and his supermodel wife are about to unload their ridiculously awesome New York City penthouse in Tribeca for another $40 million.

The 12th floor Manhattan apartment was purchased by the couple in 2018 for $25.46 million, so in less than two years they will be turning a tidy profit of around $15 million on the place. Not bad.

Tom Brady and Gisele are selling their penthouse in Manhattan for $40 million! Wow. pic.twitter.com/qfRJduubo5

They initially picked up an apartment on the 11th floor, which, according to the Post, they intend to keep.

They then expanded onto the 12th floor and bought a five-bedroom spread, which includes 1,900 square feet of outdoor space with Hudson River views. It’s this unit that’s expected to sell for $40 million.

Inside, the 4,647-square-foot layout includes a 31-foot corner living room with a fireplace and river views, adjoining a formal dining room. An eat-in kitchen with marble counters, Miele appliances, and wine storage opens to a family room.

Can you imagine being one of their kids and living in this home?

All five bedrooms come with their own bathroom, AND the apartment also boasts a humongous 1,900-square-foot terrace.

Celebrities have been drawn to the building for its “paparazzi-proof” private entry via porte cochère. Other amenities for residents include an 82-foot swimming pool, fitness club, yoga and Pilates studios, and a full-size squash court.

I don’t even know what the heck a porte cochère is, but now I want one.

It won’t be this one, however, as a source has informed the Post, “They are in contract to sell and the deal is expected to close soon.”

Take a look at this place…

Like I said, they have way too much money.