Tour The Lavish Mansion On A 320 Acre Ranch Tom Cruise Is Selling In Telluride For $39.5M 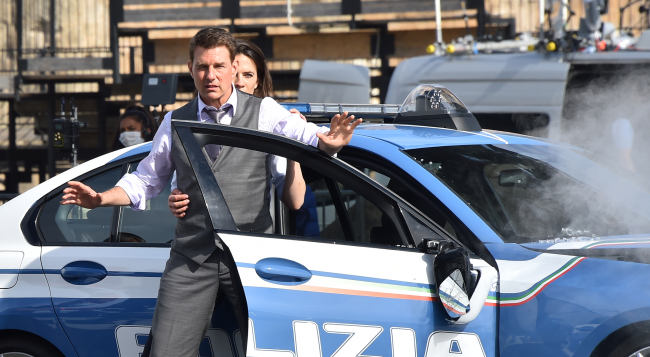 In the market for a new home? Hollywood megastar and Scientology bigshot Tom Cruise has lowered the price on his massive 320 acre ranch in Telluride, Colorado down to just $39.5 million.

Cruise reportedly first tried selling the estate back in 2014 for $59 million, but it was never officially put on the market, so this is quite the price cut.

Aside… why is it that anytime I think of Tom Cruise inside a house of his all I can picture is this?

The 58-year-old actor has reportedly spent years amassing the land, located just a two-hour flight from Los Angeles (by private jet), and features a appropriately-sized mansion of around 10,000 square feet – the same mansion where Cruise gave Oprah Winfrey a tour back in 2008.

According to the home’s listing, Cruise’s Telluride ranch was “custom built for privacy.”

Tom Cruise is selling his 11,512-square-foot Telluride home for $39.5 https://t.co/s4YS9i1pQE has four bedrooms and nine full bathrooms, along with two fireplaces, a three car garage, fitness center and a recreational area. https://t.co/VTgrdShVL7 pic.twitter.com/clut5YZFim

Also on the property is a a three-bedroom guest lodge “nestled in the aspen groves, met by dramatic viewpoints that capture the rolling hills and snow-capped peaks beyond.”

Eric Lavey of LIV Sotheby’s International Realty says about the property, “The biggest draw is how much acreage you have. The driveway is over a mile long. The privacy level is outrageous, while also being five to nine minutes away from the downtown and the slopes.”

If you’re interested, Cruise’s ranch will only run you around $149,718 a month in mortgage payments, with a small $7.9 million down payment.

Take a tour of the place before you decide.